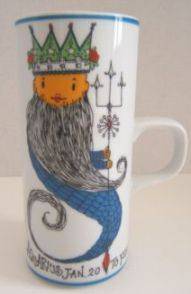 I don’t know what the matter is with me. I know I’m young (19) but I’m simply incapable of holding a relationship. That isn’t even a problem to me; I really don’t like them and I am just wondering if maybe any of this can be explained through astrology?

I’m an excellent friend. I invest much time and devotion to my platonic relationships with no question or bother. But when it comes to that very same devotion in the romantic sense, I’m turned off. In fact, it sickens me. I’m so disgusted by the idea of dependency, particularly in the boyfriend/girlfriend sense.

Whenever I find someone I like, as soon as I know I can have them I’m bored. Or if that’s not enough, I’m pursuing five people at once to keep me occupied.

I know it’s unfair to those I’m flirting and fooling around with, but I told them in plain language I am not interested in a relationship. Still, they become attached where I simply do not, so I up and leave. Some of my friends find this a bit disturbing. Is there anything the matter with me?

No, there is nothing wrong with you as far I can see. What you are doing may be non-conforming but you are honest and moral so I don’t know what else people should expect from you.

With your Moon conjunct Pluto in Scorpio I would go as far as to say that people are projecting their shadow onto you. By that I mean, part of them would like to be just like you. But rather than accept the dichotomy in their own person, they hang the part that “disturbs” them on you and this is what you are feeling.

But I also think this is somewhat true in reverse. You are an Aquarian and you sound just like one. You want to be “friends” but you don’t want anyone to get too close! Problem with that is again your Moon Pluto, which yearns for a deep merge and exchange with another person.

This is in your chart, though apparently deeply subconscious at the moment – which I would not worry about if I were you. Because what you’re doing right now is exactly right. There is no reason to change one hair on your head. But don’t be surprised one day when you meet someone who knocks your socks off when they access you on this other level. Then you will discover you are deeper than you can possibly imagine.

But now? Now you’re living and you’re living well. It is okay to be a person who experiments and is easily bored. And I can tell you with near certainty, the people who find you “disturbing” are disturbed themselves. You sound like an inordinately “together” 19 year old to me, so don’t let people hang that crap on you. And be aware you are likely to fight this all your life so you may as well get good at it. Good at scraping the crap people put on you and throwing it back, that is. Or at least throwing it down. But whatever you do, don’t internalize it because it has nothing to do with you.