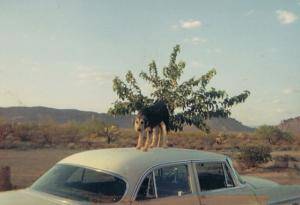 A lot of people are feeling down and discouraged at this time for real reasons I don’t need to list. Jupiter is known to buoy a person.  A shift in perspective can help a lot.  But what if the shift in your perspective has taken you into a lower gear?

I’m seeing this happen all around me, again for real reasons. It happened to me but I’ve recovered for the most part. I feel a lot better and that’s what prompting me to write this.  Jupiter is currently in Aries. You may have to act or thrust to get a benefit?

Some people see life as a great adventure or a big story unfolding. The next everything is going to be better.  Others expect to be slammed at every turn. One person has a transit coming up and they want to capitalize on it. Another person is just wanting to get through it; to get through life for that matter. Still other hope to survive whatever they see ahead.

Most people probably flow in and out of these groups but right now there are a whole lot of people who are suffering.   From 2015 when I could see that Pluto in Capricorn is not a bowl of cherries.

When Jupiter left Pisces, I realized I’d adopted a negative world view.  It’s one of the reasons I posted some of my old stories. I wanted to get back to my own norm in this regard.  Generally speaking, I’m optimistic and up for living life.  So what happened?

I’m sharing this so you can see how I worked at this.  My answers are probably not your answers but when I looked back, it was obvious that while the world has changed – I’d changed as well.

The main thing I did was I lost my boundaries.  Piscean, perhaps. If so, it makes this that much more important because Saturn is headed into Pisces and it will dissolve boundaries, big time.  Like me, you may not even notice when it happens.

Specifically, I came to believe it was a good idea to try to teach people things… things they did not want to learn. This is a stupid thing to do!  And what kills me, is I know this. How? Because I’m an astrologer!  People hate astrology. They think you’re a kook!

Do you know how many people I have tried to talk into believing in astrology? ZERO. Matter of fact, I started blogging because a man was badgering me to argue with him about astrology; he wanted me to debate him and convince him. I told him I was not interested. Matter of fact I told him, “Just because you want to fight about astrology, you can stop a passing-by astrologer and expect them to converse with you…”

I referred him to Dennis Ewell back then; it was in 2000. Ewell is an astrologer who does like to convince skeptics. See – Cosmic Loom.  That was it. Nice boundary, huh? So what happened?

Well, I stepped on a banana peel, what else?  I don’t like the spilled version of Elsa so I rolled back to a previous version!

The prior version, Elsa, did not care one whit what you thought about things I knew or liked or whatever. If we found we had something in common, fine. If not, also fine.

This reminds me of a(nother) party of an Aquarian I went to.  Not the Jell-O one.  This nutty chick had all her menagerie of friend over for a big party, while her schizophrenic painter husband hid upstair.  Jeez Lousie, everyone was there.  So the party was roaring when she decided to take out a little record player… yes!  It was the late 90’s but she had this record player and she pulled it out and started playing, John Prine.

John Prine has always been sort of obscure, unless you know him. I knew him. Lord, did I!  I’d listened to him since I was 13 years old, so when she started sighing, happily, I started singing with her and she was SHOCKED. Everyone was shocked, because she was the resident “nut”. I have a Capricorn rising, people. I don’t show my cards.

I happen to know all the words to all the songs but do I own a John Prine t-shirt to let you know this?  No chance of that.

It’s a big problem today. Everyone is expected display their cards like some weird type of Indian Poker, except it’s not fun. And it’s not helping!

Imagine this.  Imagine we’re all having our view on things and we are in fact polarized at this very moment.  In a year, we may not be polarized at all.  If this seems possible, in your worldview, you can stop with all the bickering, hating and categorizing today.  I can’t see how this alone would not improve your life, right now today, in this moment. See, Aries is fast.

So what is your overriding worldview? Has it degraded?  How do you feel about the idea of turning it around?