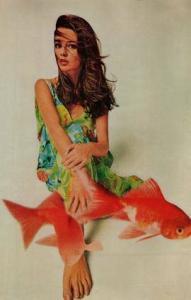 Elsa, Is the pressure equal for those of us in our second Saturn returns? Could you write more about this or any ways the experience may be different?

– Devonshire on Saturn Return in Pisces, Coming In Hot.

At the time of you first Saturn return, you can say, “I’ve been ’round the block”. You’ve experienced Saturn’s transit though all the signs and house in your chart. At this point you become an astrological adult.

At the time of your second Saturn return, you’ve finished another round. “I’ve been ’round the block more than once!  At this point you are an astrological “older adult”.

How you fare at the time of your Saturn return has a lot to with what you’ve done for the prior 28.5 years but the sign of your Saturn and it’s aspects is another factor. Some people have it easier than other. This is an observable fact. So if you’ve have a harder time than the person next to you, or if it seems this way, it doesn’t necessarily mean you failed at some point. Being hard on yourself during your Saturn return is not smart of helpful. Doing what you need to do, is!

Post your second Saturn return, you’ll be seen by others as an elder. It doesn’t matter if you see yourself that way. Something will occur to let you know this. At that point it’s about defining yourself as an “older adult”.  What kind of older adult to you want to be?

I’m not trying to be mean. Point is, your future is in front of you. You want to take the experience you’ve gained via your trips around the block, and apply it to setting yourself for the next 28.5 years. Because guess what? You may live that long!

Saturn is about security on some level.  People generally don’t shop as much as they get older.  They drive less. It’s common they downscale. You no longer try to keep up with what ‘the kids” are doing, overall.

I’m not saying to isolate yourself from younger people. You just realize that time and energy are more of premium.  If you’d have fought about something or stood in line to buy something when you were thirty-five, at sixty-five, you might pass on that.  You know your energy is diminishing. The job is to set your life up to be sustainable.

It’s fairly common to be blindsided, initially. The second Saturn return often coincides with an “empty nest” of some type. You parent for thirty years and then, wham!  Now what?

If this happens to you, try to find a role model. I’m talking about a person who is older than you who has successfully transitioned to become a defined “elder”.  You may not like this but the core fact that comes with this transit is that you’re older. Your doctor will refer to you as, “elderly”.  Brace yourself, right?

Last, on the other side of your second Saturn return, you’re likely to feel quite good. You’ll know who you are and what you can and can’t do.  You’ll set aside delusions and with Saturn in Pisces, you’re likely to be guru of sorts, meaning a person who is spiritually wise and appropriately compassionate.

Are you having your Saturn Return in Pisces? How’s it going? 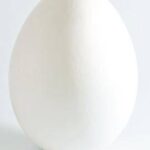 Dealing With Your Second Saturn Return