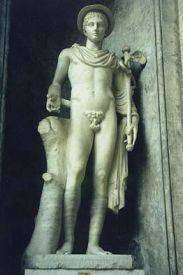 A friend told me she was ambushed at a function she attended. Apparently there was another woman there who had it in for her. The second woman started taking pot shots are my friend.

She didn’t get very far before my Pisces friend had what she called an “intuition”. Her intuition told her that this gal had these comments scripted. Yep. She had her insults pre-loaded and figured in advance. When my friend realized this she was able to mitigate the damage in her mind.

Listening to this. I was just stunned. For one thing I have never had this type intuition but I bet this happens all the time. People d0 plan attacks like this. I thought I should post this so others like me might be informed. But I was also interested because I would never, ever plan my comments.

With Mercury in the 9th (cowboy) conjunct Mars (impulsive), whatever I am going to say is going to come out in the moment. I say now and pay later.

This led me to consider what the scripting gal’s Mercury might look like and while I don’t know, planning always smacks of Saturn and/or Capricorn.

So what do you guys know about this? Have you ever scripted your comments or realized someone had scripted theirs?