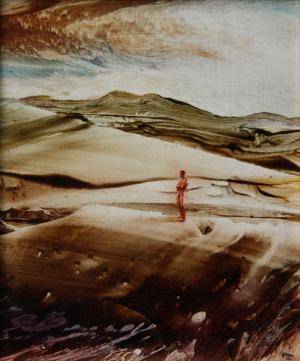 I was bent over in the hallway after Yoga class, putting on my shoes. The Scorpio guy comes up and says:

“I so wish you had been there this weekend.”

This is the same Scorpio guy I told you about before. He’s the only guy in a class full of women. The cock in the hen house.

I havn’t looked at his chart, but I can tell you this… He’s got a HUGE ego. He’s telling this story not so much because he wished I was there but because he wants to tell me where he went. That’s fine with me. I enjoy a good road story.

“There were four of us, we went to New Orleans for New Year’s. And so “Cindy” is getting her cards read by this leprechaun…”

He paused because this is the part where the audience is supposed to laugh. Our yoga teacher and another girl are still lingering in the hallway and are now drawn into the story.

“Yes, this guy with a beard and the absolute worst accent I have ever heard starts in on her, and you can tell that he’s watching her, you know, reading her reactions and just totally psychoscaping her.”

I make a mental note. Psychoscaping is my new favorite word.

“He was doing what we do…” By “we” he was referring to some guy friend of his with whom he gets up to guy type antics that he tells us stories about.

“…and I was thinking about how you do something so similar, but its slightly different.”

I have had this thought about us before, how we are similar but different. A while back a bunch of us went out after class and he started this game called “three questions and the shoes” where he could purportedly tell you everything about yourself based on three questions and what shoes you were wearing. He actively diagnoses. He asserts his Ego through a psychological game. He has Scorpio Sun.

I sat back and listened. I waited. Eventually our teacher said “you should have Nota tell you what she thinks” referring to the advice I had given a few weeks earlier when she had confided some things in me and I offered to look at her chart for her. I receive a lot of very personal information from a lot of random people because I simply wait for them to give it to me. This has happened to me my whole life. People approach me, I do not need to probe. I make people feel good by being a repository for their mental ills, which in turn is fulfilling for me because I find it fascinating. I have Scorpio moon.

He continued “You just say what you have to say to people, like things come to you and you say them. And this card reader guy and Me and my friend, we watch people’s reactions and we tell them something based on what we want them to do.”

I can’t help but notice that he is doing it again, he is diagnosing me.

“You’re the psychic and I’m the psychologist.” He says

Our yoga teacher lets out this loud “HA!” like a trumpet. “You mean you’re the psycho.”

This is funny because he is really intense.

Do you see ways in which your Sun is assertive and your Moon is receptive?

You’ve Got a Lot of Nerve, Virgo Mars! (Conjunct Pluto)