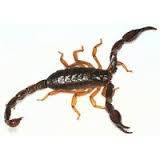 So, I’m moving with my boyfriend to wherever he decides to go to grad school (New Jersey, North Carolina, Maryland, or Massachusetts). All but one of these places is in a cold, humid and large city. I love him very, very much, and I thought I was willing to go for it, and make the best of things…recently he told me that he absolutely did NOT want to get married until after graduate school.

I asked him if he thought he wanted to marry me, and he said. “i think so, but I’m not completely certain.” He says he wishes I’d trust he is committed to me, but hell, I need something more than THAT.

It angers me further, he’s decided to pick the school that’s best for him, whether or not the circumstances make me comfortable or not. If he likes Boston, we are GOING to Boston. If he were my husband, or even fiance, I would be more willing to go along with this, but shit, he’s not making any huge commitment to me, so why should I?

How could someone that claims to love me so much, not be willing to make any sort of gesture of commitment to me? It makes me question the strength of our relationship, which shakes my very core. I do love him, but I’m beginning to resent this part of him.

What do you think about all this? I’m lost.
Scorpio Moon

I think the same thing you think, and would characterize it this way:

Your man thinks he’s somethin’. He’s really something, and he’s making it real clear to you, he calls the shots. Your feelings aside, I see no evidence of a partnership here at all. He’s asking for everything and offering nothing, so yeah. I can see why you’re balking at following him across the country like some kind of dog.

However – I’m not counting him out. Considering your strong feelings, you can’t count him out until you can count him out, and you’re going to have to do something really difficult, to find out, for real. You’re going to have take your energy off him and let him go. I realize this will cause you grave pain. You may have to writhe around some. Er…you will have to writhe around some, but you really need to know.

Let him go, and see if he goes. If he goes, you can be very certain you’ve made the right choice, yes? Let some other gal sign up to be, “irrelevent”.