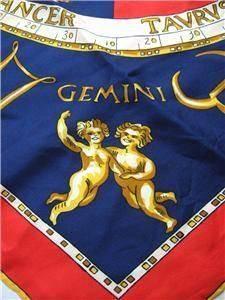 Two months ago, I began dating a Scorpio man who has been a very close friend for the past 3 years. During this time, he had made it very obvious that he wanted to take our friendship to the next level. However, when we met, I had recently come out of an abusive relationship and was not ready to open myself up emotionally. My friend was very aware of what I had gone through as I’d always felt comfortable telling him what is on my mind. Anyway, being the ever changing Gemini that I am, I quite suddenly changed my mind about how I feel towards him and so we began dating.

The problem is that he has become very erratic in his behavior towards me. More erratic than me (imagine that)! We recently had a conversation were he said that he thought we needed to slow things down a bit. Of course I wanted to know why and so he told me he was scared. He said that it bothered him that I could have such a complete turnaround in the way I felt about him after spending 3 years insisting we are just friends and that I needed to give him some time to figure this out. I said it sounded like he was trying to end it already but he said he wasn’t ending it but more like putting it on hold for awhile.

Now here is the part that threw me for a loop: his very next sentence was, and I quote “You know that when we get married, it will be forever.” Okay, here we are having a conversation where he is basically telling me to back off because he is having issues with the relationship but then throws the M word out there. For the first time in my life, I am completely speechless. In the meantime he’s just standing there looking at me like I supposed to completely get where he is coming from. Talk about making 180 degree turns.

What I want to know is if this is normal behavior for a Scorpio? And if so, am I supposed to try to read between the lines or just go with the flow? It’s making me crazy and I think he’s doing it on purpose even though he says he’s not. I thank you for any help you can give me on this. I truly want to make this work between us because I do have strong feelings for him and he has told me that he also has very strong feelings for me. I just don’t know how to make any sense of his behavior.

It does sound like typical Scorpio behavior, in that it is manipulative. But it is so poorly executed… well let me confide.

Sometimes I read these posts and wonder if one or the other person is drunk. Because no one ever writes me and says, â€˜yeah, he or she did this and by the way they drank ten beers that night!” Because if they did, that would explain a lot, wouldn’t it?

But since I don’t know, I am going to assume sobriety and tell you that I don’t think you are going to be able to “make this work” – mainly because it sounds to me as if he is trying to make it “not work”. And will he win? Of course.

When there are two people – one of them hell bent on destruction, the other trying to be constructive – the negative person will always win. And if you wonder about this, just ask yourself how long it takes to build something… as compared to how long it takes to knock it down.

I am sorry, but if I were you, with a history of being in abusive relationships, I would be on high alert with this one. Because Scorpio is not likely to take their energy off you when they are (relatively) healthy and authentically interested and committed you.