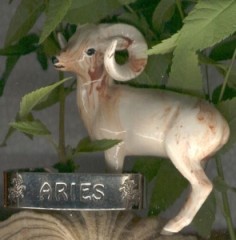 I am in a relationship with a Scorpio. We have been together for 2 years now. In the past he has done some shady stuff, like open a myspace account and flirt with girls. But once I found out, he begged me to give him another chance. Even though it was a huge thing for me, I gave him a chance because I loved him a lot.

Since then it’s true that I haven’t found any such big issue with him. But a few months ago I found myspace account again with his picture, but later on his friend turned out to be the one who opened it. So I let that pass but now again this weekend, I saw another account (not myspace) but he denies this is his.

He says his friend had his info on an external hard drive from where he used his pictures and info to make an account. I am not sure whether or not to believe him. I just want to know if he is really being honest with me, because there is evidence that points in both
directions.

Well it sounds like he is lying to me! If in fact his friend was using his image to flirt with women and getting him in trouble with his girlfriend in the process, don’t you think he would be over to his friend’s place making him stop?

And what kind of friend would do that? And further, what kind of man would have a friend who would mislead women by putting a false picture out there in the first place?

I am sorry but your man sounds like a lying dog to me. This falls under the classification, “If you have to ask…” I think the odds he is telling you the truth are about 1% and chances are, you are only onto the tip of the iceberg here.

And because you do not have the chart of someone gullible or easily deceived,I think the reason you are still with this man is a simple one: you have a fixed grand cross in your chart and you don’t like change! So I have no idea what you’re going to do but I definitely think this guy is up to… who knows what. Probably as much trouble as he can find.