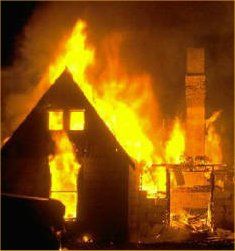 “From beneath you it devours.”
–Buffy the Vampire Slayer

I’m loving all the comments on the MC and IC posts. In particular Brex’s comment on a Gemini IC and having noisy neighbors made me think of some of my own experiences with a Scorpio IC. Having a Scorpio IC I tend to be rather private in my home. As a young person I found it never worked out to have roommates. I can live with family but not “outsiders.” Because of this I often lived in duplexes, the type that were split up houses, as they were more affordable. They were always up-down duplexes. Sometimes I lived up and sometimes I was under.

Pluto rules Scorpio and is associated with the underworld and the shadow. The times when I lived in the upper half of a house the neighbors on the lower half expressed the shadow. When I lived under I was the one pegged as “dirty.”

In my first single-living situation an ex-boyfriend moved into the unit below me. He listened to everything I said and would shout nasty retorts from below. I stopped singing along to my music as I could hear him laughing and mocking me. Eventually he broke into my apartment and tried to rape me. Because of this I was able to break my lease and move out.

My favorite living situation was one where I lived in the ground floor unit. A retired man lived upstairs. We didn’t interact often but when we did he would tell me how much I reminded him of his favorite porn star. He even brought me tapes so I could see. Oddly enough that didn’t bother me very much. It was pretty clear he was just a garden-variety, oddball creeper but not a threat. I actually felt fairly safe there. He thought I was the strange one. I loved living there and was sad when it burned to the ground a few months after I moved out.

Looking back I can see that I always felt safer when it was I who expressed the shadow (Pluto in the second, ownership). There was always Pluto depth oddity (my Pluto is conjunct Uranus) whenever I lived up/down. When I live in a stand-alone house, nothing, well, except for the murders next door. Yikes. Did I mention Pluto was transiting my 3rd and 4th houses during my young adulthood?

Do you have a living situation story that mirrors your IC placement?