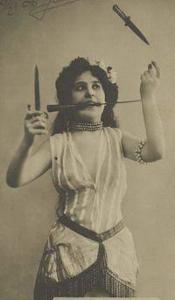 A few weeks a go the soldier was driving on the freeway when this plane crashed in front of him. I mean, he was right there, saw the plane coming in for the crash, had to brake and stop the truck to avoid collision and quite marveled at how the cars around him continued to zoom on as if nothing was happening.  He called me has he was passing the crash site, this was noted at the time and that was about it.

Just a few days ago I was thinking about how we (the soldier and I) have not gotten any definitive information lately. We have not experienced any weird coincidences or bizarre timing where you just know God is talkin’ to you.

We have things like that occur with fair frequency. I have written about some of the stuff and for people interested in the topic there is, Fate, Chance, Providence, Coincidence, Synchronicity and 28 1/2 Years, A Personal Story is also of this ilk.

So anyway, I’ve been feeling pretty tweaked with all these planets in Capricorn, in my 12th and I would like to make some sense of things which has been hard to do. And I was wondering when we’d get some kind of sign, I asked the soldier about this and he was wondering the same thing.

Today the soldier called me from the highway in Las Vegas, said something was going on. He was driving by as the helicopters he calls, “little birds” landed on top the courthouse where the shooting of the court officer and the US Marshall took place.  He wanted me to find out what was going on… “It’s something,” he explained.  Everything is roped off and they’ve got the radio jammed…”

Now what are the odds he would be driving by as those helicopters landed?

On a separate note, we have both seen stories of our lives chopped or hacked or fixed or stylized to serve some purpose we have no connection to and while we cannot put these pieces together, we do think there is a quickening of some kind happening.

There are other pieces, or things that look like pieces but we can’t get a fix on it. The cards are coming in but no hand yet, see?  And I can’t tell if it is him, me, or us.

I am still trying to process the death of my friend. I have just not been able to resolve it in my mind probably because I think I might have help with this via one of her family members but I don’t know. Do I have to put my stories of her to bed forever?

On that note, I wonder if I will have to put all my stories to bed forever and I don’t even feel bad about it. It could be this is something that happens to everyone and perhaps people talk after you die.

I wouldn’t mind that you know. I do like those old documentaries ::ducks:: and most the people in them are dead.

I realize this makes no sense. I mean, it’s something but hard to say what and I guess this is just how it is when half the sky is in your 12th house.

Any Scorpios want to talk about signs? I doubt it but you know…. I’m askin’ anyway.