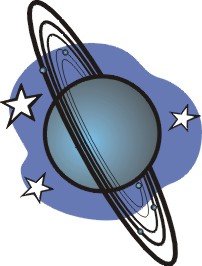 I wanted to personally thank you for the Saturn in Sagittarius workshop I took last year. I don’t think i would have survived what I went through last year without this knowledge! Talk about a real education- ha! I’m a walking testimonial of that.

I don’t agree that Saturn is fixing Pluto. For starters, Pluto did not empower all things, Sagittarius. The press and the courts gained a lot of power.Saturn in the sign is grounding these things at this time. Also, many Sagittarians were decimated by Pluto’s transit through their sign.  Sagittarius-ruled, religion also took a phenomenal hit.  Higher education went into the toilet.

It’s the same with Pluto in Capricorn. While some businesses gained power, many businesses have been devastated (by this transit, as have many Capricorns. So your premise, “UP and then DOWN”, is faulty.

Secondly, people who gain power do not necessarily need to be taken down. The power they gain may be earned and well deserved. They may spread it around in ways that benefit many.

This is true in business, but also consider the arts.  A moderately talented person may become a star, but there are others with long careers and true talent who do a lot of good in the world. Point being, some high flyers do not need to be brought down.

As for Saturn in Capricorn “bringing people down”, I don’t think this is what Saturn does when it transits a sign. That concept is specific to Saturn in Sagittarius, a high-flying sign.

Saturn is at home in Capricorn. It is not going to being Capricorn down, so long as they are living in accord with Saturn principles which are pretty simple.  Do the right thing. Face your fear. Persevere.  Take responsibility. Grow up.

I just heard a talk about not being afraid of “small beginnings”.  Anyone who can understand that is not going to have a problem with Saturn in Capricorn.

What do you expect from Saturn’s transit through Capricorn?

Got a question about life or astrology? Ask here!