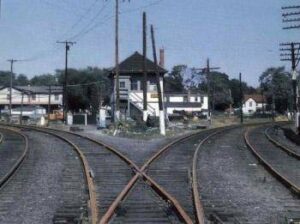 I’ve started writing about Saturn’s transit through Libra (tag), so far focusing on general affects in the collective. Saturn is exalted in Libra and while this goes a long way it is not going to spare Librans from shouldering a burden with Saturn in their sign and I am starting to get some ideas how this might manifest.

My country (the United States) is deeply divided on most every issue you can possibly imagine right now as is the rest of the world. It is very difficult for Libra to live in a climate of polarization. They will immediately move towards peace-making compromise but I fear (Saturn) that they are in for one hell of row this time around.

This is because the issues that divide are staggering both in their depth, breadth and number and I personally think many of them are NOT resolvable.

If you want an example of that, abortion serves. Some people want the freedom to have an abortion, other people think abortion is murder. If you don’t have Libra, you might believe one side can convince the other but if you do have Libra then you know the odds of this are very low of there even are odds of that. This degree of separation can be applied to virtually every other issue out there and Libra has to live in the middle of this and more.

With Saturn in their sign, Libra is going to have to work and learn and teach people to compromise for the sake of peace. They are going to have to come up solutions and while I can readily see people compromising and co-operating and building strong relationships with members of their own camp I have no earthly idea how anyone is going to move a significant number of people from one camp to the other save war or other horrible shadow things Libra deplores.

People laugh at Libra, the so-called superficial sign. Libra-ruled marriage is denigrated. Grace and fairness and reciprocity are scoffed at but Libra is going to get called up here, to stand up for they stand for and hoo boy, it’s going to be a job and a half.

How do I know? Well Uranus will be opposing while Pluto squares for one thing…

How do you Librans feel when you read this?