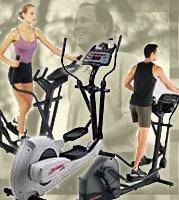 The soldier and I broke up when I was 19. He got married to a gal he’d known for 2 weeks… she was immediately pregnant. She was cheating on him within a few months but that didn’t matter. With a baby on the way, leaving her (and his kid) was out of the question. He was in for the long haul.

Meantime, I walked around in a daze for months. I had no idea the soldier had married and was sort of hoping he’d drive up at any minute but that never happened. Instead I ran into a friend of his who mentioned casually that he was married with a baby on the way… which sent me promptly into the bathroom to puke my guts out! I knew it was all wrong but what could I do? I walked around in a daze some more. 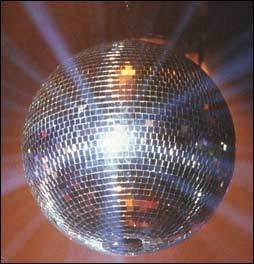 With the soldier gone for about six months, I’d had a few dates but always sort of roped into them. I am not a person who goes off on the rebound. I preferred the void but a gal like me, people want to fix me up all the time so this would happen and I’d go out but really, I was just not interested. I was grieving the soldier and that’s all there was to it. But slowly I healed and eventually met someone I liked organically – Wayne.

Wayne was visiting his best friend Leon for the winter when we spotted each other in some local hotspot. Wayne was there because he was hip. I was there because everyone told me to quick moping and go out to this new place. In whatever case, Wayne and I hit it off and I pretty much hijacked him for the season… poor Leon!

But Wayne had to go when the ice thawed in Michigan so he went home post our fling which was actually a little more serious than that. He flew me to see him and meet his family… talk of marriage and all that.

I came home and now what? Wayne was still not around and I didn’t know what to do. The old men in my bar told me to forget about Wayne, find someone local but I was not ready to do that. Wayne was actually very cool and I didn’t think they understood this so I decided to go see someone who did… his best friend, Leon.

Well Leon had a wife and I hit it off with both of them. We really just loved each other but where is Wayne? Well he was in Michigan and we were in the desert and no one knew what to do.

Leon (he’s the Scorpio moon, Wayne has his Moon in Sagittarius) and his wife lived outside the city so I took to riding my motorcycle (gift from the soldier) out to see them while they started to come to my bar to see me a bond formed. And I thought it was contingent on my being Wayne’s girlfriend but it was not.

When Wayne and I inevitably separated due the distance (no internet, free long distance back then… no cheap flights either), I remained attached to Leon and his wife. They eventually divorced, but Leon and I have stayed friends since… as has Wayne and Leon. So Wayne and I have heard each other’s news for thirty years!

We did see each once in that time. Wayne was visiting Leon again, I had just lost yet another love and Henry had died. I was so trashed in the aftermath, Leon and his wife did not dare turn their backs and abandon me during his visit so when they took a trip to Mexico, they included me which is just the kind of people they are. All of them. They are kind and they are loyal.

Wayne also contacted me directly to offer his congratulations when I had my first baby. Leon showed him a picture, see. “Guess whose baby this is?” So this is how it’s been all these years. There is a thread that has ran between Wayne and I and it’s name is Leon!

And I don’t know the point of writing this other than it’s all on my mind today, as Saturn fixes to leave my 7th house and head into my 8th. 28.5 years of love and support via relationships coming full circle, it’s a trip.

What’s on your mind today?

pictured… Leon, Wayne, me and Leon’s wife, camping on the beach in Mexico. Leon and Wayne are both photogs we were posing with a timer… 🙂