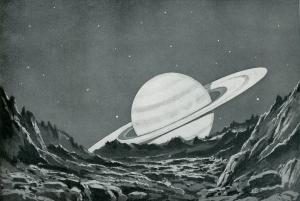 A couple weeks ago, I wrote about Saturn transiting my 12th house.  Saturn is solidly in my 12th house now. This transit has come upon me.

The main thing I’ve noticed, is people are defining me in ways I think are false. I’m not talking about being victimized. People are pushing me to accept leadership positions or positions with authority. I’m not interested.

For one thing, I have a business to run. For another, I have an illness to manage.

If you’ve been reading here awhile, you might remember, I was pushed to be the President of my local Woman’s Club. I was strongly against this but I succumbed to outside influences and accepted the position. Oh my God, what a misery. And what a failure! I cringe when I think of it, still.

So now this is happening again. And there is a powerful school of thought out there that believes that a person is pushed to do things like this because people see things in them that they don’t see in themselves. Well guess what? It might be the exact opposite! People may see things that aren’t there and not see things that are!

I am pretty sure the second situation applies in this case, which means I have to maintain a boundary (Saturn) the outside forces wish to crash. I did consult spiritual (12th house) authority (Saturn) on this. Seriously – I went to see a priest!

“If, X wants this thing done, tell him to do it himself! If he says, God, told him you should do this, tell him to worry about God wants him to do. You’re  a lot closer to the source when it comes to knowing what you’re supposed to do…”

This was helpful, of course.  But two weeks later, here comes another person pushing and I mean, pushing hard.

I told her I was not interested / able / did not have the skills nor the desire to do what she wanted. I wrote her not one, not two, but three very detailed emails, around what I could and could not do and why.  She wrote me back with the popular school of thought, already mentioned.

I don’t think people have all that much insight into me. If they did, they would know how close I am to punching them in the face.

What kills me is a person says they want to get to know you…but when I allow this, they don’t like what I am. They don’t like that I don’t match their imagination.

“There is a reason I live in the country,” I say. It’s the same reason I don’t visit other blogs and make remarks. I am trying not to offend. I am trying to not upset anyone.

I just can’t make the hologram you see, be real.  But I’ll tell you something about these transits. If you play close attention when the begin, they’ll be a clue. The priest gave me the key I need. I just have to work it.

This is a very difficult transit. If you need help – Staying Stable As Reality Morphs.