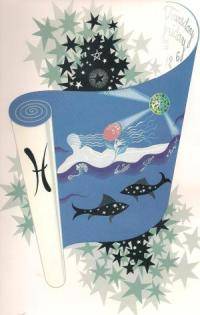 Recently, I am so aware of how imperfect everyone’s life is.  In modern times, idealism peaked around 2008 with the Jupiter Neptune conjunction in Pisces. I wrote a lot about the mass delusion back then. With Saturn set to square Neptune over the next two years…here comes the reality check.

What I notice, is everyone is affected. I don’t know a single soul right now, who’s not got some kind of hardship or burden to bear.   It’s so different from a dozen years ago when so many people were beanie-baby obsessed. It’s so different from when people believed you could cut out a picture of a man or a car, stick it on a bulletin board and these things would be yours!

In a way, I see that last as fake, inflated “spirituality”(Jupiter Neptune).  It’s the stuff fairy tales are made of. Not to denigrate fairy tales. We’re just not in that mode at this time.

Right now, Saturn is headed back into Scorpio – Last Chance To Deal With Scorpio-Themed Problems.  Death is real. It’s everywhere.

When we wrap up with that, Saturn will head back into Sagittarius and square Neptune in Pisces for two years.  Think in terms of “real” spirituality and TRUE compassion as opposed to the bullshit kind where you cut and paste your love!

I have Venus square Neptune natally. I would like to deny limits when it comes to love and money, but really that just makes me delusional…part of the problem.  We’re all going to have to come up with beliefs that are grounded (Saturn) in truth (Sagittarius).

As an example. I’m shopping for a house at this time. A person wants their house to be worth a certain amount of money and it just may not be worth that amount.

As a buyer, I am willing to pay what your house is worth. There isn’t much I can do make up the difference between what it is worth and what you want it to be worth. This is heartbreaking.

It’s heartbreaking for me, too. I don’t want to buy a house and have someone feel they are getting robbed. Consequently, I have to look until I find someone who has or will come to terms with what is real today, which most likely has little to do with what appeared to be real a few years ago.  The situation is less than ideal from any angle. It makes me feel sick to think about it.

However, we’re talking about houses here.  Some people have overvalued themselves – High Flying People Come Down To Earth.  That’s got to be even worse.

Have you been hit by hard truths lately?

This is going to be a BIG topic in 2015/16. If you want a jump on understanding this, check out Coping With The Saturn Neptune Square.