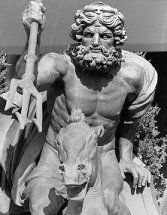 When I moved to my new city, I called to get an appointment with a local doctor. The receptionist, who proved to be more of a “gatekeeper” asked the usual question, “What insurance do you have?”

My insurance (United Healthcare) is not common here. I could almost see her raise an eyebrow, over the phone.

“Have you ever had any back pain?” she asked.

“Yes. I have torn discs in my back. I used to get shots for them but I’ve not needed anything in ten years.”

“I’m sorry, ma’am. The doctor is not accepting patients who have a complaint with their back.”

“The doctor does not treat back pain.”

“I don’t have back pain. I’ve not had back pain for ten years.”

“I’m sorry, but the doctor won’t see you. He does not see patients with back pain – ever.”

I understand there is a prescription drug problem around here. If you’re not taking narcotic drugs, I strongly suggest you avoid them if you can. Otherwise, you’re eventually going to run into something like this…

I guess it varies state by state. One gal told me about someone she knows who has a prescription for a narcotic pain drug. He is subject to random drug testing?

I spoke with my doctor about this the other day. The drugs laws are different here than they are in Colorado. For example, I use Express Scripts which prefers prescriptions be written for 90 days rather than 30. I prefer it too, since I pay by prescription rather than by number of pills. In other words, 90 days costs the same as 30 days…

They can’t write 90 day prescriptions here on many different drugs.  Our world is strange these days. You think the law is same throughout the country – it’s not. One state requires a doctor’s visit every six months. The other requires you see the doctor every three months. Many people have long-standing prescriptions, not likely to change. You still have to go, necessary or not.

If you’re poor, too bad. If it’s hard for you to get around, too bad. In the rheumatology world, I see a lot of people who clearly struggle to get to their appointments…

I expect to see more restrictions over the next eighteen months. A lot more. It’s just another way to make innocent people pay for the sins of others. I wonder about making it so hard on people, they just want to die. It took me three phone calls to find a doctor. If I was expecting to get pain meds, I’d probably still be calling.

What are the drug laws like in your location?