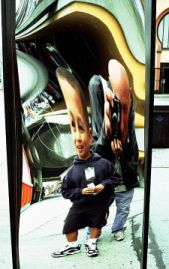 “I was shocked at the doctor today,” I told the soldier. ‘I’m skinny. I am skinnier than I thought.”

“P, you are always skinny, you’ve never been fat a day in your life.”

“Yes I did. I went to the doctor and they weighed me. 187!  That’s when I decided I better do something.  You were at our engagement party by yourself and I lost the whole weight while you were gone…”

Back when I young and knew the soldier I just ate and ate and ate and unbeknownst to me (Venus Neptune) I got enormously fat. I had no earthly idea I was overweight or even that I could even be overweight seeing as I grew up starving.

See, it’s hard to be fat when you have no food so here I was 17 years old and all the sudden for the first time in my life food was plentiful so what do you think I did? I ate of course. I ate and ate, and I ate and ate and ate.

I suppose I must have been growing all along but the soldier didn’t say anything. I don’t think he would have noticed and if he did I’m sure he wouldn’t have cared.

And it wasn’t like I was in the mirror all the time because I wasn’t. Matter of fact we didn’t have a full length mirror but then one day I saw myself reflected in a window and boy did I flip! The material was strained on my waitress uniform. I mean the buttons were ready to pop right off and I don’t think I’d ever been so shocked in my life.

This phenomena exists to this day in a milder (but not mild) form.  20 years ago my sister suggested I combat it by weighing regularly but I just can’t see being put in a mood over a number on a scale so I avoid them like the plague and deal with the consequences when they come… if they come.

I think I am a lot happier oblivious. It is not that much trouble to brace myself when I go to the doc and be willing to deal with a problem if one is revealed.

How close do you track your weight? How do you feel about it?