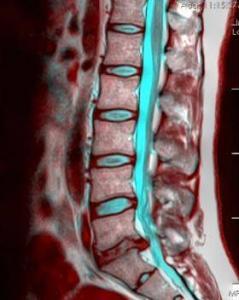 Saturn rules your bones.  I’m a Capricorn rising. I’m known to have a backbone!

Saturn and Pluto are currently transiting conjunct my ascendant, entering my first house. If you missed the drama of my mangled spine, you can catch up here: Gut Punch.

I’ve concealed a lot of things with Saturn and Pluto transiting my 12th. I managed this while chronically my Pluto transit for ten years, so that others might be spared. – see tag – Pluto transit 12th.

I don’t know what is out there now, but when I started writing, there was very little and it was all ridiculously scary. Thee posts are potent (Pluto) in spite of being vague (12th).  With these planets in my first house, I can be upfront, which I like.

As of today, it seems clear, I will be having surgery on my spine; both my back and my neck.  This supposes that I do not have cancer, which they will look for (bone scan) next week. No one should worry about that.  Dead (Pluto) bone (Capricorn), maybe.

I’ve known about my spine for a long time, of course. But it’s interesting that right as these planets cross my ascendant, it becomes REAL. I have a picture on my phone. You can zoom in and see the devastation. I’m slowly leaking the photo out to people. I’m taking my time because I have to process their reaction.  Tears, in some cases.  But other things come to light…

Yesterday, my husband asked me to send him the picture. Someone he works with wanted to see it. I complied. Turns out, this woman was in a similar situation. She had surgery and would up with a brace sticking up and out; she had to wear it for six months.  Could not turn, bend or lie down.

She’s fine now, you should know.  She works a ten-hour shift on her feet. But I’d not thought of this.  Stupid, maybe. But I just envisioned something… less cumbersome to be sure. Just the thought of it… claustrophobic. Pinned and such.

Here’s the deal: I won’t know until the end of the month. I have to have the scan; my surgeon is conferring with his colleagues to decide what to do with me. My appointment with him has been set.

Many of you know, I love to garden. I am proceeding with my garden at this time. Who knows when this surgery might be? If I am in a brace like that, I won’t be able to drive for months. It would be (particularly) nice to have a yard full of food.

I hate to say this but these planets are going to sit on my ascendant all year. It does not look good for my popping off the table and running off.  I also think they go through your front to reach your back. The whole thing sickens me. My Libra, I mean. Ugh.

That’s it.  If you’re a fellow Cap rising, tell me what is happening (or happened) to you when Saturn (and Pluto) crossed your ascendant.