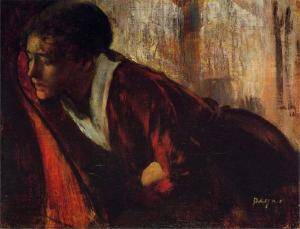 I have a late degree Capricorn rising. Readers have witnessed the tip of the iceberg when it comes to the pain and devastation I suffered recently. I don’t care about this; believe me I don’t.

It’a because Saturn and Pluto energies are featured in my natal chart. I know a lot about loss and pruning for health. What I’ve not discussed is how this transit is affecting people with Cancer rising. At this point, I know I should.

I say this because I am working with a number of people who have late degree Cancer rising.  It’s been this way over the last year and it’s easy to see why. We oppose each other. We balance each other. There’s some kind of equivalence when comes to the burden we’re bearing at this time. Working together, we know we’re not alone.

I spoke with one of these clients this morning, around 5:30 am. We’re both acutely awake, that time in the morning. I want to be clear, the rest of what I write will be referencing this client; he’s a man. I know he won’t care. I don’t want my other clients to feel exposed. I do want them to benefit from this, along with other people in the middle of this transit.

We were talking about heartbreak. A lot of late Cancer risings are going through something like this at this time.  They’re suffering an absolute wipe-out on the love front.  The pain is excruciating and coming via “the other” in their life.

This particular client hit ENDGAME overnight. I suggested he take out the trash.

The trash in this case, is your consolidated (Saturn) loss (Pluto).  The thing / person that is dead or gone is not part of your future.

That last is important because it involves Jupiter.  Jupiter rules the optimistic future. Few know this, but Jupiter is also the trash man of zodiac.

Just think about your garbage. You gather it up; put it at the curb and that’s it.  Jupiter comes along, picks it up and takes it away. What a gift! You never have to see that trash again, okay?  So if you’re suffering, try to work with this.  You’ve got to get through this pain. The reason you’ve got to get through it is this: the future is coming! You surely don’t want to drag your trash, all the way out the horizon that you know exists.

It hurts this bad so you can clearly identify it as garbage. Put that crap out at curb. Do it today. Do it now. Once that trash man comes, you can breathe a sigh of relief.

Because I know people will ask, here is this:

Are you a late Cancer rising? Can you relate to this?