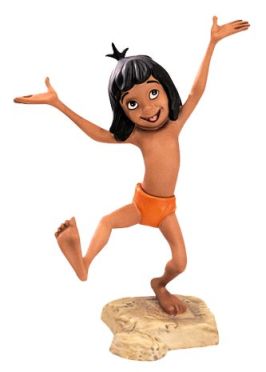 I wrote several blogs over the weekend about the so-called freedom-loving progressives (Uranus) who actually try to oppress and control (Saturn) other people. You are going see a lot more of this as Saturn opposes Uranus (first exact aspect is on November 4th, 2008, election day).

Now I am going to hammer on this upcoming Saturn Uranus opposition the same way I did when Saturn opposed Neptune (Hall of Mirrors series). I feel ultra quipped because I grew up with two mega Aquarian parents (Uranus) but my double Capricorn grandfather (Saturn) lived 5 acres over and guess who went back and forth 10 times a day?

And oppression / rebellion aside, it is not as if there is not affinity between these planets because there is. Uranus may rule Aquarius but it is co-ruled by Saturn so people who characterize this opposition as “rebellion against the establishment” are missing something.

Now there are two things I learned going back and forth between these two Saturn/Uranus houses:

1.) You have no right whatsoever to run another person’s life (Uranus)
2.) You have total responsibility to run your own (Saturn)

And here is a story… 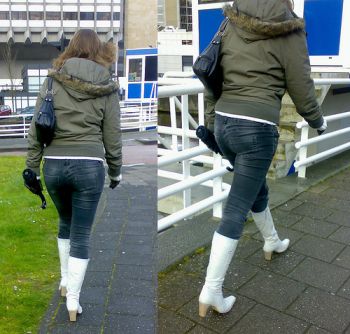 My sister and I are both Capricorn risings (Henry) with Uranus in the 7th (our parents). One day we were at mall. This was about 15 years ago and you should know that my sister is akin to Victoria Beckham when it comes to fashion. She knows it, she always has. She eats, drinks, breathes and sleeps clothing and she had me in the mall with her one day trying to dress Mowgli as she used to call me, as we are from the middle of the desert and in my case you can tell.

So we were walking through the mall, my sister with her Sun in Pisces trine Neptune psychic powers turned on. Because this is how she shopped. She would stop in the middle of the mall and feel where the exact right boots were and then we’d go snag them (her word).

So there we were standing and all the sudden my sister she put her hand up to shield her eyes. “Oh my God,” she said. “That woman.”

“What?” I asked looking around. “What woman?”

“She’s wearing white boots!” she said continuing to shield her eyes. “What the fuck is she doing in those? Jesus Fucking Christ is she out of her mind?”

I scanned the mall until I saw the boots. “Oh yeah, that doesn’t look so good,” I said with a snort. “No those are pretty ugly.”

I laughed as we took off in the other direction leaving the white boots behind us and they were soon forgotten by me. But 20 minutes later we collided with this gal again, and again my sister covered her eyes.

“How could this happen?” she asked, sincerely confused.

“What do you mean, what do I mean? Elsa, I am trying to avoid the ugly fuckin’ boots!”

“Laugh if you want but we should not have seen them twice and if we see her again, we’re going home because it’s got to be a sign.”

“Of course I’m serious!  Well come back tomorrow when boots chick is out terrorizing a mall somewhere else.”

Now here is the point:

My sister did not like this girl’s boots however it never occurred to her to stop the girl and tell her what she ought to wear. She took responsibility for the problem she was having and left the other person to live as they please and that right there is how you have boundaries (Saturn) and freedom (Uranus) at the same time.

Compare that to how people become upset with me or something I write and try to reform m: Gaslighting Redux

and  Dynamics Of The Disruptions On This Blog

Compare that to Bob Dylan’s audience who tried to oppress him when he progressed and maybe you see your options here.

The message simple – There is only one life that is yours to run and it’s your own and why people think otherwise is beyond me. 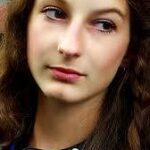