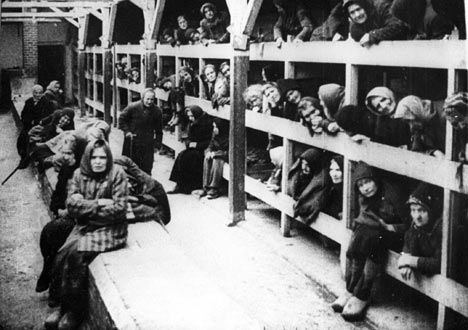 With a strong Saturn signature, I invariably write reams about whatever sign Saturn is transiting. With Saturn in Virgo, I went on and on about guarding (Saturn) your mind (Virgo) and learning (Saturn) to discriminate (Virgo) and the like. Some people heard me, I’m sure.

Two years later, I’m very aware of what I learned during this transit.  As an example, my husband and I watch a lot of history and documentaries on a variety of topics. There is big difference between documentaries produced 20 or 30 years ago  and what is produced today.  Assuming that facts are reported correctly, the current  programs just can’t help but spin history by their interpretation. If you’re unable to detect this, you’re in a heap of trouble if your goal is to learn something and I’ll give you an example.

The other night, we were watching a program about the building of Auschwitz.  This was not an hour-long overview of the subject, it was a detailed series,  Auschwitz: Inside the Nazi State. They were covering the construction of concentration camp and of course it’s chilling. The Nazis intend to  house a large number of Jews. They’re going to work them and kill them as cheaply and as efficiently as possible and that’s plenty of horror right there. That facts are horrifying but the narrator says that the German’s built extra suffering into the camp.  They deliberately built as much suffering as possible into their plans which of course makes no sense.

As soon as this was read, my husband and I glanced at each other and shook our heads. My husband shut the program off.

“Well let’s see what they say next,” I said. “Let’s see how they are going to justify the statement…”

They didn’t justify the statement of course. The visual was of the barracks…you can see in the picture, it’s designed to pack people in like animals, however, there is no added misery!  There are not nails pounded into the boards for example.

My point is, if you failed to learn to discriminate information with Saturn in Libra, and to think (Virgo) with integrity (Saturn)  it’s very likely something like this would go by you and when something like this goes by you, you get dumber, not smarter as you hand over your brain to someone who doesn’t think all that well.

I mean, I’m not defending the Nazis. I just want to see history presented as it was, not as it was, with your stupid cherry on top.

I wrote this because if you can understand it, you can also understand how important it is to learn what Saturn in Libra is trying to teach.