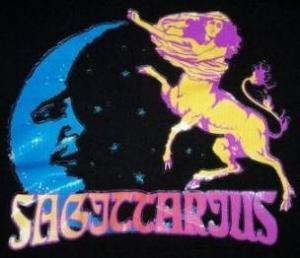 I was taking to someone yesterday. I’ve known the man for ten years. After being prompted, I spoke candidly about my background. About where I came from and how I wound up in certain circumstance. It’s quite a tale.

The man has formed an opinion of me over the years, derived of this and that, but very little concrete information. I wouldn’t say he was taken aback. But there was enough new information provided, he’ll have to rethink his suppositions about me.  Way too many ingredients have been added to this soup!

This is a Saturn in Sagittarius phenomena. It’s about getting the real story, flattering or otherwise. And being judged for it?  This represents an investment of some sort, on both sides.

In other cases and places in my life, there is a boundary (Saturn) around the truth (Sagittarius). It’s not that I’m willing to lie. I am not willing to lie! I’ll just stick with short (true) statements, unwilling to elaborate for whatever reason.

After having both these experiences over the last few days, I was struck by how little the average person know about the other person.  It’s particularly attention-getting if you consider how much one people may think they know about another.  This is especially true on the internet.

This seems a good time to consider if what you think you know about a person has any merit at all.  It’s related to this – When You Find Out You’re Wrong About Everything.

Few take the time to actually get to know another person.  We’ve become so superficial!  You read or hear or see one thing and that’s it! You’ve got the person’s character sorted out.

Not really, though. In reality, you’re just cementing your lack true knowledge.

When was the last time you realized your suppositions about another person were wrong?