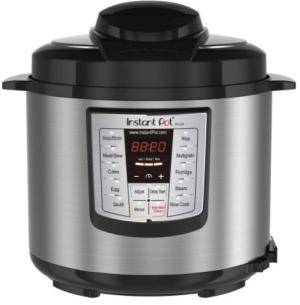 I’m sorry I’ve been scarce. It’s a combination of things.

First, I’ve had a lot of consultations. These take priority over everything else. It’s the core way I make the money that pays my bills and maintains the site.  Many people feel Saturn’s ingress into Capricorn coming.  It’s heavy and in some cases scary, scarier than it need be!

Yesterday, I told a gal she did not need to be walking around waiting for an anvil to fall on her head. She laughed out loud…this was so satisfying.  This is important work!  So I’ve been booked, professionally, but also sorting things in my personal life.  I need to make things easier around here.

It sounds stupid, but I bought an Instant Pot. I would not have bought one had I not seen one for sale, new in the box for $45. I guess some gal got it for a gift and didn’t want to mess with it. Out of the blue sky, I wanted that thing so bad. I had no idea why. I was not familiar with these things at all. But I drove over there and got it, with such a weird feeling.

I brought the thing home; found the facebook group which has 700,000 fans or some such thing. I started cooking with it. I have cooked something in it, nearly every day since.

You can’t just cook with one of these. You have to take the time to learn how to use it. It’s an investment. Saturn.  In the long run, it saves time but it does a lot more than that. This is thing is SAFE. You can set it and walk away.  It’s so simple to use and to clean and be done!

I have a lot of distractions these days. I’ve got to manage these things. The KISS principle comes to mind. Keep it simple, stupid!  If there is a straight path, that’s the one I want to take.  I have more than enough “dark and twisty” stuff in my life!

But things are really good. They are amazingly good, except for the things that are horribly grim and soul crushing.  Extremes.

Pluto in Capricorn spells, “extreme hardship”, among other things. Saturn in Capricorn will add to the burden for many of us. However…so what?

It all comes back to all that card-playing I did as a kid. You’re dealt some cards and you play ’em. I just can’t imagine whining at the table; especially the table of life. I’m not made that way.

Back to the Instant Pot, I think it’s a good symbol for these times.  Extreme pressure. Extreme containment. It works the way it’s supposed to and I intend to do the same.

How are you feeling (and faring) as Saturn heads into Capricorn?