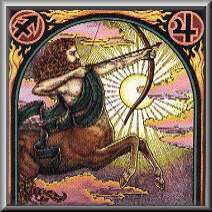 If you ever want to know how to get somewhere, ask a Sagittarius. Sagittarius Sun, Moon or rising, a lot of them actually carry little notebooks around for exactly this purpose… here are some stories:

I was new to a city and a Sagittarius Moon I met suggested I check out this specific bar. He thought I’d hit it off with the bartender and to make sure I could get there, he pulled a pad from his shirt pocket and drew me a map. He ripped the page from his notebook and handed it to me, and then drew me a second map. 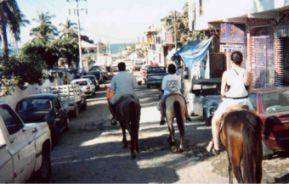 I had a Sagittarian draw me a map to a fish taco once from the airport in Puerto Vallarta. The part that killed me was that this was on foot.

He had me leaving the airport on foot, walking down alleys, jumping over dogs who were sleeping on sidewalks, and then going up the stairs and past the first two doors, to the third door… doing some other weird hijinks, all so I could get to the best taco in town.

~~~
And then there was the Sagittarius I dated for awhile. He showed me a better way to get to my own house. I’d lived there for five years so this was humbling.

~~~
Another Sagittarius showed me how to climb up the side of a rock house. You know. He showed me all the good hand holds. He told me there were three ways to go, and he rated them: easy, hard, hardest.

I kept a straight face because I was in love with him.

~~
One more. I was in Phoenix, visiting a Sagittarius friend. We were in the car and I was telling her about this: “Yeah,” I said. “A lot of them even carry a little pad with them. My grandfather did…”

Smiling, she reached down and unzipped the fanny pack she was wearing. “I do that,” she said as she pulled out a slim notebook and a tiny pencil.

~~
Have any stories about Sagittarius sharing their travel expertise? Tell ’em!