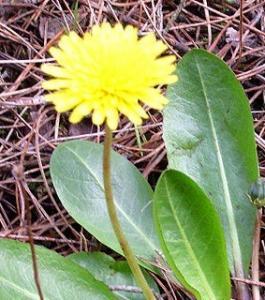 “The easiest thing to be in the world is you. The most difficult thing to be is what other people want you to be. Don’t let them put you in that position.”
–Leo Buscaglia

The energy of the planets that are retrograde at the time of our birth is forever crystalized in the imprint of our natal charts. When a planet appears to retrograde in the sky it goes back over ground it has recently covered. It’s a period of readdressing whatever area of life it represents. When you’re born with a retrograde planet the expression of that energy is not backward but more internally oriented.

People with natal Mercury retrograde often express themselves more clearly in writing as it gives an opportunity for self-editing before the communication turns outward. People with Venus retrograde may put more thought into their outward aesthetic before making a change in their appearance. Whether they constantly change their style or never do there are generally more internal machinations behind their decisions than those who have Venus direct. They may also be more concerned with inner beauty and style. Jupiter retrograde in the chart can result in someone who is reticent in their outer enthusiasm, makes their own luck, and is continually readdressing their personal philosophy based on personal rather than external events.

Mars retrograde natives often allow an energy to build up before it is expressed as external action. Those with Saturn retrograde can internalize rules as a personal motivator rather than waiting on an external authority to pin them down. Sometimes there is a feeling of inadequacy and a propensity to hide one’s fears from others.

I remember reading somewhere about counting up your number of retrograde planets. There was a type given for each number a person had in their chart. What stuck with me was looking at the description for my number and internalizing the idea of “you’re probably not very huggy.” With Mercury and Jupiter retrograde in my chart I’m constantly remembering and rethinking this philosophy, which is laughable. That one little comment by someone who may or may not have been right has caused me to give more hugs that I might have otherwise hung back from.

Pluto, Neptune and Uranus are all retrograde right now but they’re retrograde about half the time anyway. More timely is Mercury’s retrograde; time to rethink. Mars is direct. Time to act externally. I’ve heard it said that retrograde planets don’t work well, but I don’t think that’s the case. I think they just work more internally, and that’s not bad, just different. In any case you work with what you’ve got. I think I’ll hug someone today.

Do you have retrograde planets in your chart? How do they express for you?