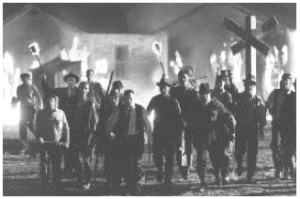 Last year in my town a high school girl attending beauty school disappeared and was found presumably murdered. Details were murky and gossip was rampant. Yesterday a young man was arrested in connection to the crime. Details are scarce yet, again, gossip is rampant, complete with vitriol and rancor. The crime is horrible and people are waving their figurative pitchforks and torches.

I’m acquainted with the parents. I’m in the same business as the mother; our salons are a block apart. The dad is a sweetheart who talked my ear off for the better part of an hour last month. Everyone talks highly of the mom, who just happens to be lovely and well-spoken. They look so in love. Until yesterday they were the golden couple. Today, not so much. They didn’t change. Perspective changed.

I looked at the forensic astrology site that has pored over the victim’s chart all year and many of the interpretations make me sick, gossipy speculation posed as astrologically fueled analysis. Someone is speculating about her financial particulars, suggests her wages may have been garnished at the salon (she wasn’t working in a salon; she was in beauty school) and poses the question, “Was she living above her means?” Are you kidding me? Vomitrocious.

Much can be learned from astrology but you cannot look at a chart cold and know the facts. Energy can be expressed in so many ways. In interpreting a chart one should take this into account and be responsible about the information they parse. Is this helpful or is it speculative gossip? Telling someone possibilities and likelihoods is responsible. Assisting them in utilizing the energies in their chart is responsible. Telling someone their husband is going to die is irresponsible and disgusting as well as unsustainable as fact. There is no one way something in a chart manifests.

Now I see a “stay tuned” message for the arrested young man’s chart. I’m going to have to look away. In our legal system one is presumed innocent until proven guilty. If only that were so in our hearts and on our tongues.

Have you ever been hurt or frightened by a negative interpretation of an element in your chart or an impending transit?