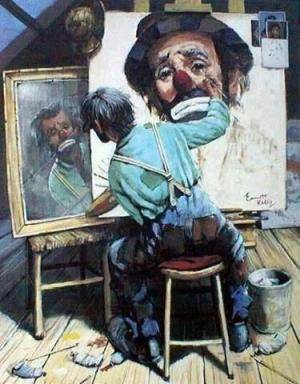 I’m in  a strange situation right now, poised to do something to someone that has been done to me, many times. It has to do with this blog.

Sometimes a person comes along to comment or hang out here; I really like their energy. I won’t be the only one who likes their energy. I am talking about a person who might be funny or quirky or just contribute a lot of interesting material.  They don;t have to necessarily be around a lot or anything. But when I see them pop up, I get a good feeling from them.  They enhance my life!

Over the years there has been a lot of people like this. Most of them leave, eventually. I might leave myself, if I didn’t work here. Occasionally, they leave because of me but usually that’s not the case.

The person leaves for a personal reason, like they may feel over-exposed or something like that. In other cases, they leave because of another user. They just become fed up with someone’s comments or they feel they’re being stalked or whatever it might be. Sometimes they announce they are leaving. Sometimes they email me, personally and other times they just disappear.

I hate when this happens but after nearly twenty years, I know it’s part of what goes on. It’s hurt me enough, I learned to maintain emotional space from everyone. I don’t want to be too attached when they shoe drops.  To be fair, I have done this in my real life as well. Living On The Fringe Of Society.

I also said for years, that I would go into the woods when Pluto went into m 12th house. It has to do with the movie, Defiance.  Fighting For Freedom & Survival

This has occurred, but not strictly due to the losses I’ve experienced, blogging. I’m just the kind of person who loses a lot, I guess. And wins too.

But anyway, I am on the verge of leaving a loose group of people, in real life. It’s very similar to the situation on this blog. There is a figurehead, and a lot people around who interact in various ways.

The figurehead likes me.. maybe he likes me a lot, or at least he has at one time or various times or whatever. The point is, if I drop out of this group, he will feel pain. I just can’t believe I find myself on the other end of this kind of scenario.

The people who have left this blog had to do it for whatever reason. They could not and should not have stayed for my benefit, but you know what?  It sucks. It sucks on both sides.  Because no one can take my place the same way no one can fill in for the people I miss. We’re all singular personalities and we just have to be remembered. Not as the one that got away, but as the one that had to go.  With regret!

It’s like a death.  One person unplugs and both people die in some way. That place where they’d been connected to you is a dead spot you take to your grave.

This is horrible, isn’t it?  I am still hoping to find a way to hang on.  Because in my experience, when something like this happens, it’s permanent.

Does this sound familiar?