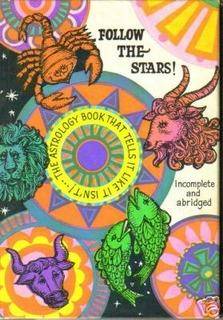 “This is probably a silly question, but my cynical side wonders-what does it matter if it’s going to be dealt with in another life? The person will just forget!”

sonah22 – it depends on what you believe. I have watched people for a long time. It’s clear some have a very hard row to hoe. Why is that?

Some people are more scrupulous in their dealings with people and if you ask them why they will generally tell you they have learned that is all comes back to you.

Some people understand this when they are nine years old. My son is an example of that. He’s got his Sun conjunct Saturn and he just seems to know. I was closer to thirty before really I figured this out although I improved slowly over the years. There gets to be a point where you can’t hide all the bodies.

I have said before that I don’t have any knowledge of past lives / future lives and the like. I just don’t know anything about it in spite of growing up introduced to the idea. I am closely associated with the soldier though, who does claim intense and immense knowledge of prior lives and I find him credible.

If you met him you would probably find him credible too but in whatever case he assures me it all comes around. He also assures me that people who think it doesn’t will find out differently and wish they’d have listened / done things differently. He is speaking from experience of course. He thinks anyone who thinks it doesn’t come back on you should be able to take one look at his life – how hard it is and have no question in their mind.

This reminds me of a post awhile back where I asked people if they listened to other people and heeded their warnings or took their advice. Most people said they did not. I was surprised. I take advice from people who I respect so this is that sort of situation.

After listening to him and thinking about things for the last few years I have come to agree with him – things do come back. My grandfather (Henry, pictured) taught the same thing when I was five-years-old but you know… I don’t have Saturn on my Sun, now do I? So I didn’t listen. But I am old enough now and I have been beaten to a pulp by this thing we call “life” and at this point I really do try NOT to cut corners. As a matter of fact, I’ll give you yet another perspective.

When I was in my late 20’s and figuring this out, my sister shared her theory. She told me if I really didn’t want to see someone again – if I had really had enough of them, I should get out of the relationship as cleanly as possible.

She said if you left a big mess you would have to meet the person again in another life (she has always believed they existed) and go through the bullshit all over again. I applied this at the time (on faith it might be correct) and I have applied it since and my life has gone a lot smoother.

Now I don’t know if this is true or not. But I would not be surprised if you steal from someone in this life you must pay them double the next. Triple maybe, or maybe more depending. Or maybe you’ll just owe them a little or you’ll have to pay someone else who pays someone else but I’ll tell you this:

I routinely run into people who I extend myself to because I have the consistent and very powerful feeling that I owe them an extra kindness. I have no idea the root of this or where it comes from but it definitely exists as does the opposite situation.

Sometimes someone taps me for something that is just way out of whack. They never do anything for me, it is a one-sided situation but for some reason they think they can impose themselves on me. It’s like it’s a habit or something. “There’s Elsa, I go tap her, she’s always helpful…”

When I get the idea someone as run out of rope, I quit putting out and it feels as if I am supposed to quit putting out. It’s as if they have used up all their favors, see? The score is 1100 to 0 and that’s that.

In those situations I feel as if I am part of their karma somehow. Where they used to be able to skate, the tide is turning, see? I feel I am part of that tide when then light on my porch is no longer burning.

Long story short, I still don’t know about past lives because I have no personal firsthand experience or knowledge but I do know you are responsible for your actions. If you leave a trail of bodies behind you eventually people are going to notice and then the worst thing that can happen to you will happen to you.

That is (I was taught this by my mother), decent people won’t want anything to do with you.

Yeah, when decent people don’t anything to do with you, that’s when you know you’ve got BIG trouble.

These are my thoughts, what are yours?