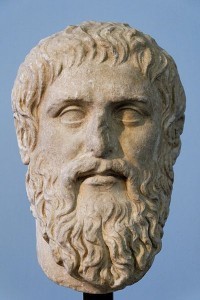 My definition of the term archetype is the purely hypothetical form of an innate model of human roles. It is the pure quality of the idea of the role that is more or less static from culture to culture. Different philosophers give different names to them; astrology defines them by sign. Aries is man. Libra is woman. Cancer is mother. Capricorn is father. We are able to categorize our very individual selves by the blending of differing amounts of these astrological archetypes.

Obviously, since astrology is my archetypal language I translate the ideas I read about into astrological terms. Without fail I find that popular books on relationships really boil down to mining the polarity of Man and Woman, Aries and Libra. In planetary terms that would be Mars and Venus. Sound familiar? Men are from Mars and women are from Venus? The archetypal Man is Aries; the archetypal Woman is Venus. That is to say archetypal equals the pure idea of. In practice, between any individual man and woman, the differences between the individual and the archetype can be vast. However, as human beings with a shared history of eternity, we do share an innate understanding of these roles, archetypes. And THAT is what relationship books tune in to.

The advice is “one size fits all” based on a shared heritage of ideals. It contains universal truth, but not the whole truth on an individual level. Aries-Libra is a cardinal polarity, cardinal, starting something. Aries begins the zodiac, the beginning of the relationship, the action that starts a cycle. Libra provides balance, subtlety. These books basically tell you how to act and balance, how to be independent AND couple. It doesn’t matter who or how you are; they model balancing independence and togetherness.

If you’re more selfish the goal is to learn to put the other’s needs first half the time. If you’re very other-oriented the task is to learn to put your needs first half the time. The success of this model relies on the likelihood that the other person will move to counter with balance as well. If they’re a match for you, and emotionally healthy enough for a relationship, they usually will. If they don’t, you’re barking up the wrong tree.

The next stage of a relationship is the Taurus to Scorpio polarity but you don’t get there till you master the Aries to Libra set. Eventually, if you progress, you make it to the Libra to Aries polarity where the maturity of your couplehood/independence is on stage. And so on, and so on.

Do Mars-Venus archetypes resonate with your understanding of Men and Women?