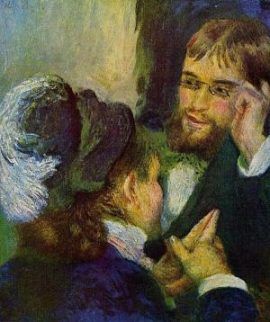 “…We were talking yesterday & she just stopped mid convo & said “I lost track of what I was saying because I looked into your eyes & a lot came through”. I feel the same though her energy is overwhelming. So I’m assuming she’s very sensitive to people’s energy like me.

Do you ever have that with people you meet or are you not as into peoples’ energy? You may be more into the cold hard facts of astrology?”

I thought this was a great question. I definitely feel people. What I feel when I relate to someone is at least as important as what they say.

I am not sure that I would classify my feelings as (moon-ruled) emotion. It’s more animal-like. I’m instinctive.  For example, when I meet someone (in real life), that I can trust, I often know it, immediately. I don’t think this was always the case. I’ve learned!

There are some people I feel in a spiritual way.  Jupiter – Neptune. These people usually exude some kind of light, especially at a distance. It’s like they have some kind of aura.

There are other people where the interaction really is primarily mental.  These people are usually engineers!  They want to have a conversation that’s impersonal. I respect this and enjoy it myself.  Air signs!

Also, children who have suffered some trauma. Kids who have lost a parent(s) or a sibling and/or kids who are mistreated, especially when their “good, kind, person” status is obvious.  These situations trigger my mother / protector / nurturing side.

I can’t say that any of these ways of relating are dominant. I think I can say that I’m mutable!

How do you relate to others? What’s the astrology?