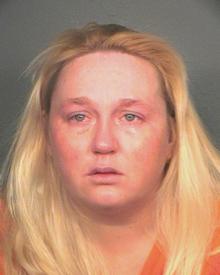 A couple weeks ago I did a bunch of blog about projection and the 7th house. (tag – projection) A few people commented to say they were confused as to exactly what projection was so I’m back with a classic example.

There’s a gal here, going on trial for the murder of another gal – her lover’s wife. Shawna Nelson had an affair. She eventually had a baby with her married lover.

He broke up with her two years into this thing. This prompted Shawna (who was also married) to show up at his wife’s work (Heather Garraus)…

“Heather had left the office shortly before 6:15, walking out with friends, including Mindy Maeder.

As they went to their cars, another woman approached Heather, wearing a black mesh face mask and a long shimmering black cloak.

Maeder said she could tell it was a woman from the voice with which she said these words:

Heather went to her knees.”

Other witnesses then heard the suspect say, “You ruined my life.” They saw a black gun. They heard two shots. Heather collapsed.”

Read the whole article – The Tribune 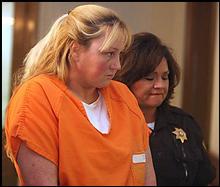 Heather was killed. Shawna is now going to trial for the murder. You see the projection. Rather than take responsibility Shawna projects blame onto Heather and the projection is so strong Shawna feels justified in executing her. People who do a lot of projecting, it’s never their fault, see? Never.

Shawna will be sitting in prison thinking, Heather messed her up. “If not for Heather…”

Never mind she’s killed someone and consequently abandoned her baby. Why look at that when you can look over —> there