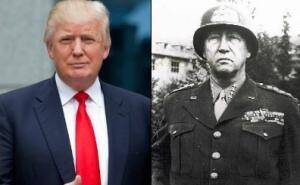 This has been a rough month. Death, practical matters and I don’t know what else. The Capricorn stellium has weighed on me so so long, I’ve nearly lost sight of the mystical world.

I may be a workhorse. I won’t deny this. But I certainly spend a lot of time, drifting and discovering, at least I used to before I became so burdened with physical pain and other things.

This stellium is breaking up now. I really noticed the change once Jupiter, Saturn and Pluto all turned direct.  It’s really gaining steam at this point. I am so sick of the bickering back and forth. Since I am no longer bound by excruciating pain, I took off in new directions. New things to look at or study, or whatever. 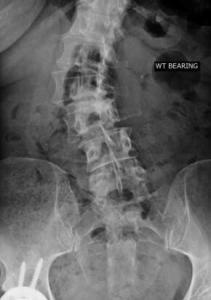 Friday’s newsletter, is all about this new moon in Scorpio, which will be great for anyone who wants to find a hidden door out of trap. I’ve found one. I’ve found several. By writing this, I hope to lock them in. I don’t want this to be fleeting.

I used to write about supernatural experiences, before I even realized they were supernatural. I’m heading back in this direction now, because I can and because it’s authentic to who I am. I am not sure who might still read here after all these years but I guess it doesn’t matter.

One of the things I came across was this set of pictures comparing, Trump with Patton. Some people think they look alike. You may or may not agree. Some people think Trump is Patton reincarnated. I don’t know. But I do know that my husband has always been interested in Patton.

My husband is quite “psychic”, for lack of a better word. Patton had that riding crop… he’d extend it out and be able to plot his next move.  My husband has an object that he uses in a similar way. He’s used the object since he was 10 years old. That’s a half-century or so at this point. He’s been mocked throughout his life, which bothers him not at all.

He thinks that Joan of Arc’s flag she rode with, might be similar. These objects are instruments?

I can’t to speak to that but I do know that weirdos tend to find each other, just like pot smokers do.  So my husband is sort of aligned with this group; people who may have had more than one go ’round. I’m just married to him. But I saw this picture and I wanted to show it to him and see what he thought.  Because Patton is part of our story.

“I thought you might get something off this, because what are the odds?” I asked. “What are the odds that you would get your first stripe of you military career,” I said. “You bring it home to me, I’m seventeen years old. I promptly sew it onto your uniform, upside-down.”

“And the next day, you go to the base with your stripe on upside-down, to get inspected by who? George Patton’s son.”

That’s what happened and that is the actual stripe in question.

“And what are the odds?” I asked. What are the odds, we’d get back together after twenty years. I was able to order a book containing a poem you told me you wrote in another life? I found the poem! So the book comes. It’s a book of poems concerning religion, primarily, with a few poems observing the Indian culture. And what’s on the cover? Astrology?! What are the odds?

What are the odds that some dude decided to take your book of poems from another life, now part of Public Domain, reprint them and of all things, slap astrology on the cover?”

This last thing happened too.

This is by far the most interesting period of my lifetime. I guess you’ve got your liars out there, your propagandists, your opportunists, your autists / researchers, your conformists. I’m done with this bullshit.

Not the other folks! I always like to see all kinds of people. I’m talking about being done with pinched nerves, bone on bone hip, crooked spine and all that. It’s over! I’m going back to living my true essence.

What are your going to do post this era? Who will you be when your burden is lifted?