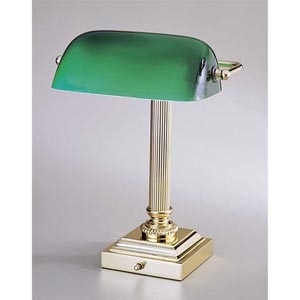 “So we lived in the desert as you know and we were just beyond poor. We were poor beyond poor, we were starving. It was the third world out there, you have to understand. I am not joking about this and you know how Henry dressed. He didn’t dress well.”

“Right. And we… well our mother made all our clothes and there were only so many. And you grow and outgrow thing, things wear out and I don’t know what to tell you. We were ragged. We were hungry, we were ragged and a bunch of other things but anyway, there was this bank downtown. Downtown see, and we were in the desert,’ I explained. “Big tall building and the bank had a top floor that was a membership club. It was a reserved space, a meeting place offered as a perk to those who had a certain amount of money in the bank. That is what qualified a person so they could go into this club.”

” I had forgotten all about this but my sister reminded me. Remember we used to go in there, she said? Henry would take us and we would have a coke on a coaster, she said.” I laughed. “Yeah, I had forgotten this completely, but we did go in there and get a glass of coke. We never had soda, you know… I can remember the heavy-bottomed glasses and the coaster, for us that was something to see. Er… the glass sweating dripping down onto the coaster but the main thing we’d go in there for, besides that coke, is they had a TV. Yep. There was a room in there with a TV and not only that there was AIR CONDITIONING.”

“Yep, actually the air conditioning was the main draw. We’d go in there for that more than anything else. It’s hot, we better go downtown to the bank, ride up the elevators so we could be in the air conditioning. We loved it! We’d get in there, have our cokes on coasters and pick our hair up so we could feel the air on our necks. It was something else, I’m telling you.”

“Yeah but then they tried to kick us out. We were too dark, see? They told Henry not to bring us anymore, they dud not want us in there.”

“Yeah, my sister reminded me of this, I’d forgotten. They did try to kick us out but Henry told him by God, we were his grandchildren and he would pull his money out of the bank if we couldn’t come there.”

“I’m not. It was the era, what can I say? We were dark and we we were… ragged. People did not like looking at us in there, apparently they’d complained. See, this place was plush. It was a place where people with money could go to discuss things I guess, or it was meant for that but there was never anyone in there. I mean, very rarely.”

“There was a gal at the front when you came in – she checked your balance. You have to have $5000 to go in there as I recall and Henry had that so we thought he was “downtown”. In whatever case, he did back them down and we continued to go there. The place had those banker’s lights – those green ones? I thought they were cool. It was a whole different world, see. I thought it was amazing, bugged my eyes right out. I mean, we made mud bricks all day. We weren’t allowed to drink from the hose outside at home and here we are drinking these cokes with coasters, beads of condensation dripping down the sides and we just thought it was something else.”

“Do you know what I am talking about? Those green wall street lights? They became very popular awhile back – they sold them in Wal-Mart and everyone had one on their desk but this was a million years ago when you’d never see something like that except for in the top floor of the bank.”

“So anyway, there you go. How Capricorn can you get?”

Henry was a triple Capricorn, my sister and I are cap risings.

“Anyway, that’s what she reminded me of today. You wouldn’t believe what it felt like to pick up a coke off a coaster and have a sip in the air conditioning. It was incredible. That air conditioning was something to behold. It’s hard to explain, I guess. We came from a level of deprivation most can’t imagine and I just think it’s funny that our escape is the top of a bank. And you see what I am getting at. We’re Capricorn, we belong at the top and I don’t give a shit where we came from. You know how they say Capricorn rises to the top like creme?”

“Well that is me and my sister riding in that elevator up to the top. You can’t tell us we don’t belong because we do belong. On that you’ll have to take my word.”