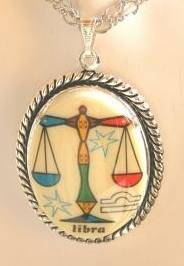 I’m a silly mid-20s Libra who proclaims to live by the seat of her pants, but really just wants to plan. Nearly 2 years ago, I started a relationship with an older Leo and now that our relationship has been progressing, I feel like I’m on this perpetual “…ok…now what…” plane of existence.

I guess I’m just a person who likes things to be laid out well in advance. The truth is that I know I’m not ready for marriage in my life, but I want him to say, “in the future…” and give me some “planned timing”. At least get a “Not now, but someday” statement out of him, but he is sticking to saying that he can’t think about it seriously now, since he’s not where he wants to be financially, stability wise, etc…

Am I just being overzealous in my planning? Should I just step back and enjoy the relationship I have…especially since I don’t want baby bundles or wedded bliss right now, either? I guess I’m just petrified that when I come to my own personal “someday” – and feel ready for that step – that he won’t be.

Pushy with a question mark? Are you asking me? Hell yes, you are pushy! You’re a total control freak! And you’re very smart to have identified this behavior at your age. Know why? Because if you don’t curb this tendency, you are going to push yourself into a total state of misery.

You’re actually beyond merely a Libra. You have your Sun and Moon in Libra, part of a stellium in the sign, which rules relationships, with an emphasis on RULES in your case! In other words you are a Libra on steroids and check you out.

You get a man… a specimen really, and you set about herding him like a cow up the ramp, into the truck, to slaughter. And the crazy thing is this is not even what you want! You are apparently repulsed by your own controlling behavior, which is a best case scenario. Best case because you’ve no problem zeroing in on what you need to alter. So here’s a sketch of you with an upgrade – version 2.8.

See, obviously you have the ability to control your partner. But will it bring you happiness? No! What you want is to give and take. To balance your partner. Which means he has something to say in the thing, yes? So I say ease off. For his sake, but mostly for your own.

Why Do I Stay In A Horrible Relationship?