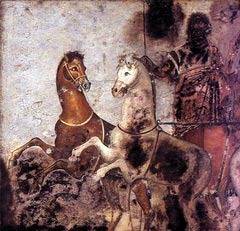 I used to suffer PTSD / flashbacks. I became aware of this in my mid 20’s. It’s what sent me to therapy for three years.  I got a handle on this at the time of my Saturn return. I used the tools I picked up in therapy to resolve my triggers into my early 30’s. This worked, slowly but surely.  I got to a point where flashbacks were a rare occurrence. Eventually I stopped having them all together.

Last night, I had an honest to God, flashback. Oh man, I did not see it coming.  You won’t believe what triggered me. It’s the cuts on my back. The surgical incisions…

First, I can’t really see the cuts. I am not supposed to twist, so I can’t look over my shoulder, standing in front of a mirror. I could have my husband snap a pic. I thought of that but could not see any real gain from bothering him. Instead, I’ve just reached around and felt them with my hand, and asked my husband to describe what I’m feeling.

The incisions are glued shut. They hurt of course. The hurt on the surface; I am beyond the itchy phase of healing, I think. These cuts are tender.

My body beneath the cuts hurts as well. It’s a deep ache, which is what you should expect when you have two surgeries on your spine in the space of two days. I think you can probably imagine this if you try. I’m walking around, which is not at all challenging, but my gait has changed and my back is bolted (good) and I have these slices on my back. That’s what they are. The slices go up and down.

There was a point in my healing where fluid collected under each incision, per my husband. This normal. I am in a phase now, where the area around each slice is raised and hardening. This is all sort of nothing, up and until my psyche decided to equate this cuts with welts on my skin or my back, made by a belt or a belt buckle – I have suffered countless beatings of that kind.  I’m talking about being beaten on average, 3-4 times a week, intensely, for at least ten years.  That’s a lot beatings and it does not include being kicked and punched, smacked, and even having my arm broken at one point. It does not include being hit with other objects, books, shovels, hoes and even a sledgehammer. Nooooo.

This was about raised, bleeding welts left on my skin by a leather belt and here I am, decades later, suffering because of it.

I am not keen on child abuse, physical, sexual or emotional.  We’re supposed to shrug at it; it’s part of the business or part of life.

Most of you know the Mars in Aries square the stellium in Capricorn aspects my ascendant / my physical body.  Here you go with your textbook astrology.  Thank God, I know how to deal with this.  But don’t expect me to be okay with harming innocent children. I am not okay and I hope these cowardly bullies are brought to justice.  It’s time.