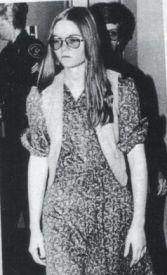 ep delurks to remark on Psychopaths – A Users Guide

“All the sociopaths I’ve witnessed will cross the line eventually, in that when their shenanigans finally catch up to them, they try to shift blame onto their closest associates. *relurks*”

ep – good point. But I think there are some who never see their shenanigans catch up. One of the reasons is that they’re able to see where certain lines are and manage themselves. I don’t think there are hard and fast rules when you get way out there on the continuum. You have to take them on a case by case basis which is one of the points I meant to make.

I think you can take the species, “sociopath” and subdivide it over and over until you’re just looking at the one individual. While the species has traits in common, the individual is unique. I think this is the same as with any family or larger group of whatever type. As an example: “Italians” Italians has some things in common but each is an individual. I don’t think this can be denied.

I don’t think you can identify a sociopath from an astrology chart. But if you had the sociopath identified you would be able to tell from the chart, which individuals would be “bounded”, as compared to those who are (seemingly?) boundless.

I see I was not very clear in what I was trying convey. A psychopath opting not to bite the hand that feeds them or supports them in some way is just one example of how some of them self-preserve.

Another example would be the psychopath who knows a bigger fish when he or she see one and so avoids offending that individual as they are in no mood to be swallowed whole. In other words, they want to be a threat not suffer one.

If you want a scenario, a psychopath may do x, y and z to certain person. He may do that same thing to the next person and the next. He may plan to do the same thing to this other person too. But when he finds out she is connected to the mob… er, maybe not. 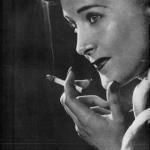 Psychopath In The Workplace