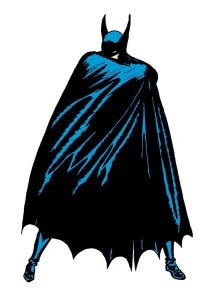 If you’ve read this blog awhile, you may have realized I know more than my share of psychopaths.  I don’t see this ever changing. Psychopathy is part of the landscape of my life.

I have had contact of various psychopathic people, throughout my life.  I don’t think they are as interesting as most people, but one gal takes the cake.

Some serial killers with leave notes or some other kind of sign to taunt or challenge the cops. This gal is of that ilk. She’s too smart to be detected.  She’s not going to be detected, unless she decides to show herself to someone for some purpose. When she does do this, it’s real dramatic, like Batman flinging open his cape.  Ha ha, jokes on you!

This is the way she works, but her relationship with me, i In s a little different.  She knows I see her plainly so she’s set up something unique for me –  my own private show of her abilities.

You know those cops who get notes from some killer for years and years…for decades in some cases? That’s the situation between us.  She’s able to reach out and ping me, and to be candid, it usually makes me laugh.

The chick is entertaining, you know. She’s dangerous as hell, deadly even, but she’s clever and she knows I appreciate this quality.

I’ve written over the years about when I came to understand, some people are not likely to be caught. Not on this plane, anyway. I think this gal is of that ilk.

So this is my little drama which I expect to go on until one of us dies.