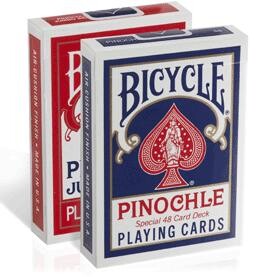 I continue to be sick of the boring bickering back and forth that has consumed our culture. I have written about gaslighting for nearly two decades.

I’ve also written about how important it is to control your own mind. That was the dominant topic around here, circa 2007-08 with Saturn in Virgo.

Last week I wrote about reconnecting with the mystical world. I’m actively studying now, with a particular interesting in psychological programming.

This is not a new area for me.  I’ve written about overcoming destructive thought patterns, created by abusive parents…

This is similar but different.

In that piece and others like it, the damage caused by the abuse is assumed to be incidental. But what if the programming is deliberate and malicious? What if it’s intended to destroy you or your family or your relationships? At that point, we enter a whole other realm.

This new realm is familiar to me in that it might be psychopathic (tag – psychopaths).
It would also be “tactical” and “effective”.

Having Mars conjunct Mercury in my natal chart, I’m bound to be interested. These are also things I’ve written about for 20 years.

I’m adverse to being controlled and I’m keen on defense. Saturn! It’s easy to see how I’ve been seduced into this area of study at this point in time. I’ve been abused! I don’t want to fall prey to anything like this!

The comments on “Reconnecting With The Mystical World” have been interesting. I used a picture of Donald Trump in that post. I also used his name.  This triggered people!

I like how Libra Noir put it: “It’s impossible to even mention Trumps name these days and have a neutral, objective conversation.”  Others agreed with her.

I should be detached about this but being a hot-headed, Italian, who loves discourse, it pisses me off that we’re in this situation (collectively speaking).

I’m not talking about people who react one way or the other. Love/Hate. The word “trump” triggers both sides, which also pisses me of because I grew up playing Pinochle! I love that game and the “trump card” is a feature of it.

I used to be able to use this term to provide supportive insight to people trying to navigate the sticky situations in their life.  Do you know how many card tables I sat at, hand full of trump cards, discerning and deciding when to play them?  Tactics, baby! I have them. So have you lost your mind? This is a serious question.

Have you come to the point where a word can trip you up and cause you to react in certain way?
If so, should you try to regain control?

This leads me to this:

Whose Fault Is It If You’re Triggered?

It’s not my fault. I don’t run your mind or your reactions to things.

Maybe you can see how this relates to the mystical realm and psychological programming.  If you’re caught on a track as described in the “Abusive Childhood” track above, you’re liable to be caught there forever if you don’t take steps to free yourself.

What could you be doing instead of going ’round and ’round?

Don’t miss the “deliberate, malicious” mention here.  If we’ve crossed the line into that, this is far darker than anything I have written about before.

Do you feel your reactions have been programmed or manipulated in some way? What about the idea this was done intentionally?

I’m curious about the childhood abuse component here as well.  Did you have a parent who had the specific intention to harm you?  Not just bad parenting, but along the lines of, “I don’t like this kid and I am going mess them up?