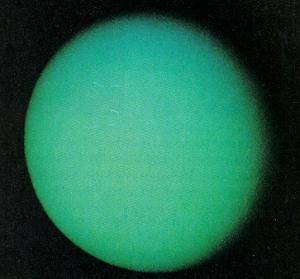 Recently, Uranus changed signs in my progressed chart. This rarely happens in a person’s lifespan. Check the math:

In my case, Uranus progressed from Leo into Virgo. I was aware of the shift, right away.

The first thing I noticed was that I really embraced “work”. Uranus freed the Virgoan in me. I immediately started telling people that I was going to work until I die.

I also, seemingly instantly, became willing to care for the ill. I bring communion to people who are in the hospital, but I also feel I may be taking care of people who have various disabilities, at some point in the future. The prospect of this is not daunting. I was able to verbalize this, right away.

I stated, that if I spent the rest of my life taking care of people who needed care, this would be satisfying for me. I would think this to be a good life. I may need to be needed. At the very least, I like to be needed.

Stating this does not embarrass me. I would be a lot more embarrassed to be of no use to anyone! I intend to remain industrious for as long as I can. If people are relying on me, it would support my desire, rather than drain me. I understand these relationships to be symbiotic.

I hope this transit liberates my thinking. My thinking is pretty liberated anyway, but you what I mean. I wouldn’t mind having more channels open.

I haven’t noticed anything like this, but hey! Who doesn’t want a brilliant idea?

I’ve also become a lot more detached in conversation. There are people out there who are incredibly learned. You’d have no idea by looking at them.

I wouldn’t mind becoming one of them. A walking encyclopedia, in my area of interest. If you ask me, I guess you’ll see. If you don’t, then you won’t.

All of these things are new to me. They’re fresh. What and who I was and how I felt, a year ago can barely be seen in the rear view mirror, today.

I feel detached (Uranus) like that. It’s the service (Virgo) that liberates (Uranus). Period.

Has your progressed Uranus changed signs in your life time? Will it change signs in the future? Tell us!