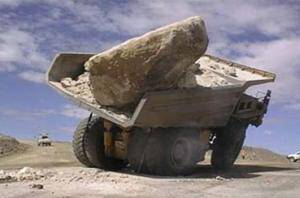 Clearly people have limitations. This is universal.  I can’t say that I’ve enjoyed Pluto’s transit through Capricorn but the energy is compatible with my own.

The sun and Venus are currently squaring Pluto. The sun is associated with pride. Venus with vanity. I’ve been mulling these ideas for awhile. This seems a good time to present them.

It seems people are cool with being wrong so long as the error is tiny. You have your thesis, regarding whatever. Someone finds a typo – no big deal. Maybe you have to rework a few paragraphs. You can deal with it.

But what if someone tells you your entire body of work is wrong.  Not just wrong but egregiously wrong?

The average person is not going to accept such a thing. Their ego won’t let them. Or maybe they lack the imagination required to conceive of such a thing.

Lack. Limitation. Block. These things are Saturn related. A person may not realize their own limitation… it’s subconscious (Pluto).

Just imagine being informed you’ve got a key piece of information wrong. This mistake of your intellect has caused you calculate everything incorrectly.  Not a little here or there but in fact, everything, back to the beginning. Back to the first time in your life you thought you knew something.  It’s all wrong, to the point where even your own lying eyes have deceived you! 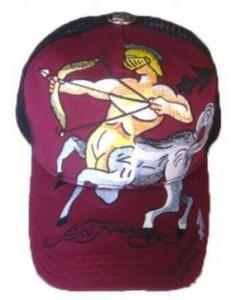 Could you accept this? Probably not. It can’t possibly be true! It’s stupid to even suggest such a thing – why? Because people think they have a handle on things. I’m people. I thought this!

But then Saturn went into Sagittarius. This was about a real truth and real education.  I’ve been an astrologer a long time. I’m also Saturn-ruled and I know how critical these transits are for my growth. It was 2015 when I began to realize, many of the things I thought or believed were utterly wrong.

I had to think about revealing my mistakes. It’s not that I need to be perfect. I’m selling consultations! I’m supposed to know things and give wise counsel.  Stating that I’m massively wrong about a wide variety of things could not inspire confidence. But I’m not kidding about working my transits so I wrote about this to see where it would lead.

Humbling – When You Find Out You’re Wrong…

Saturn is headed into Pisces. This period is connected to Saturn’s transit through Sagittarius.  It’s another reason this is coming up.  So what have I learned since, 2015?

I’ve learned the list in that post does not equal even the tip of the iceberg of my mistakes and errors. In fact, the entire contents of my brain had to essentially be dumped, block-delete style. ALL OF IT, including all judgments.

This is because I am no position to judge a person, humbled beneath my personal mountain of mistakes!

It didn’t actually hurt my pride or my ego to get in there and recalibrate my view on absolutely everything. I experienced a sense of urgency though; I give that tis to my natal Mercury Mars conjunction.  Once I decided to “hunt”; I locked on and proceeded to learn and replace the millions and billions of lies I was carrying around, for the purpose of having my mind straight.  I admit to having raw ambition on this front.

I’ve been on task with  this for seven years. It’s cost me but it’s the cost of education. I value education so it’s been time and energy well spent. It’s not drained me which is a huge blessing.

Here are some things I wonder:

How wrong can you stand to be?
How far will your imagination allow you to go in this regard?
What steps do you take to maintain your status quo and/or sense of control?

I think this is important stuff. I also this Saturn in Pisces is going to bring issues out like this.  False reality and  delusions of all kinds.   It’s crazy because when the veil drops and clarity comes in you, utterly wonder how you missed the plot.

This is along the lines for BIG lies being easier to pull off. This post provides clues:

What do you say?