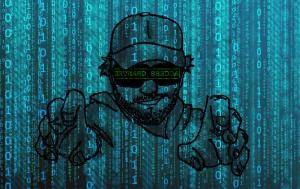 This blog has long had a reputation for being well ahead of trends in the collective. In this spirit, there is an emerging technology we should all be aware of – deepfakes. This is technology that allows people to create audio and video content through machine learning. What it amounts to in practice is the ability to manipulate a person’s voice or image to appear to be doing something they have not actually done. This is a preview of what we will be dealing with when Pluto, which exposes the dark side of whatever it touches, enters Aquarius, which rules technology.

This technology has also been used in simple fraud. In September, a CEO of an energy firm in the UK was on the phone with someone he believed to be his boss, the CEO of the firm’s parent company. He was instructed to wire nearly $250,000 to the account of a supplier. The only reason the fraud was detected was that the grifter had neglected to spoof the phone number, and the CEO recognized that the call was coming from the wrong country. However, the culprit still hasn’t been found.

But there are far more sinister implications. In addition to ruling technology, Aquarius also rules the collective. So there is no reason to believe that these kinds of issues will remain confined to individuals. This is going to affect us all. And while Pluto certainly exposes the underbelly, it is also the mechanism by which people consolidate power.

One of the most sophisticated ways the technology has been used so far is a program called “Synthesizing Obama,” in which a group of researchers from the University of Washington created a series of videos of Barack Obama seemingly saying outrageous and silly things. And this is where the real problem lies.

We already have problems with fake news being spread for the express purpose of sowing discord. Imagine what could be done with deepfakes. We could have video of the president calling for military strikes against our allies, or warning of a national emergency. We could have elections swayed by video of candidates disparaging their own voters, or committing violent acts. And it doesn’t stop there. Imagine powerful world leaders or CEOs speaking on video conference. It would be painfully easy for an imposter to gain access by using the voice and appearance of someone who is expected on the call. Imagine how much information could be stolen. And imagine the misinformation that could be seeded. It is chilling.

There have been attempts by governments and corporations to rein this in, but they have so far been largely unsuccessful. You can’t use Pluto in Capricorn solutions on a Pluto in Aquarius problem. So the best we can do right now is to be aware of this emerging technology, because this is something we will certainly hearing more about. This is a problem that will only grow with time. And finally, protect your mind. There are so many forces that would like to sway your thinking and your beliefs. Make sure you don’t fall victim to their attempts.

What potential use to you see for this technology? What are you Pluto in Aquarius Predictions?