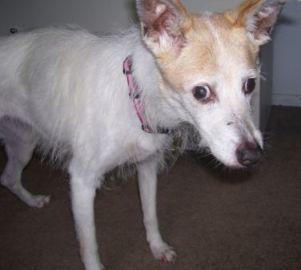 It’s 8 years later. My husband and I are still married. With Venus conjunct Saturn in Capricorn, this seems a good time to bring this back up…

I was recalling some of the questions my husband asked me before we decided to go forward in our relationship. I wrote about this at the time. He asked me a lot of very serious questions most of which I could not answer without at least a day of thought. It was rather embarrassing.  What do you think about this? How do you feel about that?  These were questions I think most people would have and could have answered on the spot but the man has his Saturn aspecting my Mercury and I had to think about this stuff HARD.

I had to think about it ought of respect for him because he made it very clear he did not want any more failed relationships in his life which is a point you can come to.  I surely didn’t want him making a mistake on me.  This meant I had to think his questions through and come up with honest answers which are not necessarily the answers that would roll off a person’s tongue.

The answers didn’t have to please him.  He’s too smart to ask questions with obvious answers anyway and while this may sound like a grilling, I didn’t see it that way. I got into it. How often does someone really want to know how you think and feel anyway? Not that often.

He was asking me about things he’d thought through and perhaps pondered for years and initially I was embarrassed not to have ready answers but I got over it eventually when it became obvious it was hopeless to try to answer this stuff on the spot and have my responses be authentic.

What happened in during this period was astonishing,  We became closer and closer like being knitted together.  It slowly became clear that we could do this – become one but I wanted to tell you one of his question.

One day I got a picture of Dora on my phone. You know, DORA.  She is shocking.

“Do you think you would like this dog?”  he asked.  “Could you put up with a dog like this?”

I think that is funny but anyway, this is for those of you who are trying to find a serious relationship or a deep relationship. If this is what you want, I hope this gives you some ideas…and some courage.

Edit to add, in 2019 – If you’re serious about forming a lasting bond, it makes sense you work to get sense of the person you’re committing to.