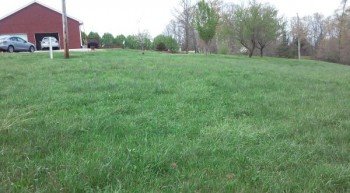 Yesterday, my husband met the real estate agent I’ve been working with.  We went to her office to he could sign the contract.  This was before he’s seen the house, which was strangely odd and cool.

Everyone was really curious what he’d think of it. As it turned out, he liked it so much, he was very nearly overwhelmed. I’m not kidding. I’ve not seen my husband so moved and happy since the day we got together after more than twenty years apart! He was swooning.  It was like it took him breath away.

The owners of the house were also moved that he was moved. We wound up spending three hours with them, just visiting.  People are like that around here. So are we.

On the way home, my husband said it not possibly be clearer we were doing what we were supposed to be doing.  This sure was good to hear. It’s not been easy trying to put this together on my own. Now I feel we’re about to land our plane in a very fine pasture, after a unbelievably rocky and occasionally terrifying, ride.

We still don’t have done deal(s) but I think it’s a matter of time. I am squatting in this little house and it’s er…inconvenient. Due to the packing and unloading situation, I am living without things a person takes for granted, like their robe. And pot holders! And a microwave!

I don’t want to buy a microwave I won’t need or that won’t go in my new house…thirty or sixty days away.  Consequently, I found myself heating up shrimp linguine I’d made, in a frying pan.  Fried pasta. Yum! Er…not so much.

I feel better here, in every way. I don’t miss the cold at all.  The humidity doesn’t bother me and the people are just plain nice.  They’re nice, candid, easy to talk to and just plain amusing. I can’t say I’ve never made friends easily in my life. I have! But not this easily!

The way it looks now, I will be moving into our new home around the middle of June. However, I’ve been invited to come out and plant a garden this month. That way, it will be ready to go when I get there.

We have peach, plum, pear and apple trees. We also have grape vines, if you can believe that.  It’s amazing!

This appears to be the end result of all the turmoil and effort, pain and delays. I’ve got no complaints. You just can’t beat the feeling of knowing you’ve done what you were supposed to.