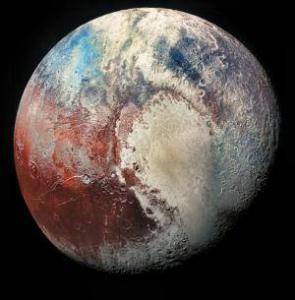 Pluto will turn retrograde in Capricorn on April 25th, just shy of 25 degrees.  In general, shifts like this go unnoticed by most. I don’t think this will be the case this time.

Pluto is tightly square Mercury in Aries. On the surface, we’ll think about this, but I’m pretty there’s a lot more afoot.

I don’t mean to create paranoia and I keep my distance from “conspiracy theories”.  This is straight astrology, which I know works because I’ve worked all my life.  And there is something setting up here that cannot be denied.

Pluto will hang at this degree for awhile. There’s a discussion here:  Pluto at 24 Degrees Capricorn from Feb 19 to July 4th, 2020.

If this isn’t enough to get your attention, consider Pluto will be back at 24 degrees Capricorn, August – November, 2021.

This hit my chart, hard.  So I’m going to be up on it. I’m going to be tracking. This clash with Aries is serious. I state this because Mars will spend six months in Aries, this year, beginning in July. Saturn will be back in Capricorn by then.  Jupiter will also be involved.

This means, Mars in Aries will challenge the stellium of Jupiter, Saturn and Pluto throughout the summer. The most intense period will be August – October, 2020.  I’ll be clear – there is nothing “marshmallow” about this.

Generally, I avoid what I call “minutiae” in astrology. But when things get this hard and go this deep, I feel details matter.

If your chart is hit by this (any planet around 24 Cardinal), this might help:

Use it to see when things lay off your chart.

You might also find relief via lunar returns. This is what use to ease stress. They’ve worked for me for 25 years. I blather about them all the time – tag Lunar Returns. Such a small price to pay for sanity! Three dollars and something per month!

Also, be aware that I’ll be tracking this in my newsletter rather than on the blog. I have to do it this way to run around the blocks and clamps and controls placed on business by search algorithms. If you’re interested, you can sign up here – it’s free.

Do you have planets at or near 24 degrees Cardinal?