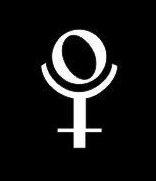 So anyway, we got in touch. And he’s calmed considerably since then, in part because of our contact, I think. He always says I connect him to this world. I think it’s true. So back in 2003 he had not been connected in… a very long time. So he was way out there on the outer rim of whatever. I would go out there and hang with him.

I was listening to his stories, mostly. He told me his whole career which of course is a rare thing to hear about because for the most part, these Special Forces guys don’t talk. And I was very interested. I was curious and horrified, shocked, amazed, proud… all of that. I was in awe of the whole thing, not just of what he had to say but of my own ability to parse and assimilate it.

I would talk to him, via chat mostly and then write to one of the mailing lists to offload some of the intensity, before heading back out to the rim for some more. I was draaaawn. And people… other astrologers had some very interesting things to say. But one gal really nailed something for me when pointed out that it seemed I was having the time of life. You know… she said and I am paraphrasing… “Seems you don’t just like to sit with the black dog, you like to pet it and rub it’s tummy!”

I had to laugh. She was so right! I was enjoying myself immensely and I realized why.

It’s not that hard for me to blow someone off the planet with my mouth or my stories or my whatever. And this is our affinity. We do not repulse each other! Isn’t that strange? Everywhere we go we have to worry about this, except for when we go together and it’s always been that way.

Do you have a lot of Scorpio? If you do, you probably know what I mean. We are so conditioned to being the shadow of society but when we sit together, we’re just people.