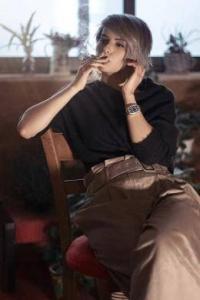 My early morning client had a really interesting chart.  She’s down low and simultaneously, high-flying. She’s open and closed and she embodies several other dichotomies.

Stick a Pluto transit to the angles of a chart like this and it’s going to be a hellacious party trying to sort what’s happening.

Sometimes, a Pluto transit seems a period of time you have to endure and survive.  But sometimes it’s like digging for treasure and trash. The latter is probably the case for this gal as it’s all “education” in the big picture.

In writing for her, I was reminded of some core principles which may help other. One was something I learned from my grandfather when I was a kid: you’re not supposed to get in the way of someone trying to live their life.  It’s a boundary thing – it’s their life to live.

It doesn’t mean you can’t tell you friend or loved one, you think they are making the wrong choice. You can and your probably should – but how many times?  The person is going to do what they’re going to do and hey! Maybe this bad path is the only way they can get the piece they need. So it’s incumbent on you to get our of their way… according to my grandfather.

If you live this way, I don’t see any reason to be concerned.  You’ve cared enough to offer your counsel,  If it’s refused, you show respect for the other person and their autonomy by leaving them to make their choice. But what if you don’t do this?  What if you go back and back and back and keep bothering this other person, to live your way.

I am not talking about the client, anymore. I’m just talking.

So if you’re compelled to go back repeatedly to bother someone about their life, at some point you cross a line.  While the other person may have a problem, your own problem looms large.  Your problem being that you want to run other people’s lives.

It doesn’t matter if you feel it’s for their own good.  You’re over the line and the person you’re trying to fix or repair or stop or whatever, is eventually going to become annoyed with you or worse.  Here’s my example:

You smoke.
I tell you that’s bad for you.
You acknowledge this and continue to smoke.
I come over to your house every day to speak with you about your smoking…

Soon, what I’m doing is worse than what you’re doing so why am I doing it?

Why am I doing this? That’s the burning question. What is it that is driving me to behave this way?

Chances are there’s more than one reason. There’s the reason laying on the surface. There may be several superficial reasons I can point to but will this heal me? Probably not.  Odds are high, my subconscious is driving me.

If  this is an area I prefer to avoid, I’m probably in for a good deal of pain.  Digging can be painful as well, but at least I’ll be getting somewhere. It’s like a stench, really. Or a tooth that is rooting. Eventually, you’re going to have to deal with it by excavating the entire tooth and it’s root in order for healing to occur.

I thought this might help someone. What do you think?

Photo by Ali Hajian on Unsplash