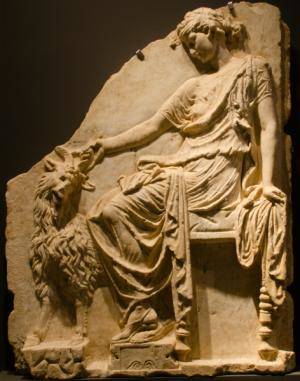 I’ve recently lost several close relationships due to painful circumstances. Divorce, disease-related death, and death by violence. I’ve also recently moved across the country. I’m normally independent and pretty confident in my abilities, but I feel like I’m struggling right now and I’m not sure how to break through that.

I’m having a really hard time meeting people in my new location, and I feel like I’m doing just barely okay at work. Normally I feel very good about my work, so this bothers me. I feel like I’ve drawn inward emotionally and can’t seem to get back out to make connections and start being happy again.

I’m very sorry for your losses. Do you know any astrology? I’m guessing you don’t. But Pluto (death) just crossed your Venus (relationships) in Sagittarius… for the last time. There are two points to make about this.

First, when Pluto transits in aspect to a planet in your chart, a “wipeout” in the area indicated is almost a given. And it’s traumatic, just exactly as you describe. So that’s that.

Secondly, please note this transit has passed. Now I’m not going to make any promises, but it’s very likely that you’ve seen the worst of this. It’s sort of like your forest of friends has already burned to the ground. There is really nothing left to fuel a fire, so what’s left standing at this point is likely to remain so.

So with this analogy… the forest recovers, and so will you. But it doesn’t happen overnight. I had a similar experience some decades ago and I can tell you exactly how it went.

The losses came one after another, just as you describe. I thought I was going to die and I wished I could, but it didn’t happen. I got hit and hit and hit and then I quit getting hit, but had no idea what to do, or who I was or how I felt anymore. This is where you are now. It’s a void.

And the void lasts awhile! In my case, I spent six months of crying myself to sleep, only to wake up and burst into tears. For months! Where is Elsa? Is she ever coming back?

And the forest was coming back, but I couldn’t see it at first. There was no evidence, really. Until there was! In my case, I knew something has shifted the first time a real smile crossed my face. I was at work at a new job. I’d was talking shit on the surface, because I could. And it was a way to throw people off, you know? They think I’m here but I’m really over —> here. But anyway, I’d worked there about a week, when I met Ben.

Ben was an eccentric Scorpio, a flamboyant gay man. I’d heard about him for days before we actually collided. He was really hotting the place the place up, he had everyone in a tizzy. I had considerable energy myself and everyone was anxious we meet. Oil and oil, or oil and water, they wondered.

Well I met Ben that day and he was a stone cold kick in the pants. He circled around me, sizing me up, while making pithy comments and it was right about there, I smiled. A real smile. And authentic smile. Could it be, I’d found a playmate?

Ben and I formed an unlikely alliance that remains intact today, more than two decades later. And this my point: right now, your landscape is barren. Your light is on low, like a pilot light… but it’s on. And someone will come along for you, like they did for me and they’ll fan that flame for you. They’ll feed you and you and you will grow – and glow – again.

~~
Have a question about astrology or life? Ask here! Also, please include your location. It adds a layer of interest!
Interested in a personal consultation? Click here for more info…