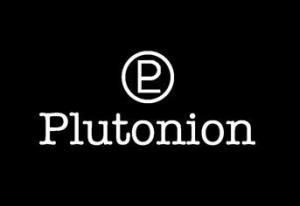 I’ve been mulling the idea of Frontline profiling my family (Moon)… camera crews in my home (Moon) etc. It’s inordinately disturbing (Pluto) although I’ve every intention of following through… I’m on the phone with a pal here:

“Well I don’t like it that’s for sure. See, I don’t live in the kind of house people want to be seen living in. I don’t have some kind of showplace here. About all I can do… all I am going to do, is clean it. That’s I can do. But as far as running out and trying to do anything else, it’s not in me.”

“Uh huh.” My friend comes from high style. This is her forte although she knows I am not akin on this front.

“Yeah. I just have no impetus. I have no motivation of any kind so people are just going to have to see the reality… we are humble people, at least I am. Don’t know about my kids but I grew up with Henry and it shows. He lived in a no bedroom, three bathroom house and I am not far off from that. He slept in the front yard for Godsakes. He wasn’t worried about and I wasn’t either. I mean, we just don’t see a problem with that. We are that odd. We have no image we craft.”

“Right. You do know. And I know enough to know there is no way to do anything about this. Like my writing. I write and people think whatever. They think all kinds of things I would never think all the time. And now they are going to have visuals to go with it and they can think some more things I guess and whatever is is I am sure it will be foriegn to me. It’s always a shock but but one way or the other this is going to happen.” 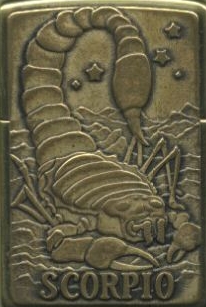 “Yep. If not Frontline, then this other astrology show. One way or the other, I am going to be seen. Egads. And I look around and you know what? I don’t want to look around. I don’t want to care just because other people care. Why should I do that? I’m not them.”

“I don’t think you should.”

“Well I don’t think I can. I don’t have the ability to care. Notice, yes. But care? I don’t care and I know this: I have something to say on that program. I have heard and read a lot on this subject and a lot of what I have heard and read makes me sick. But beyond that, I have never heard my voice. You know. I have never heard anyone say what I have to say. If I had, I feel no need to say anything but as it is there is a void and I suppose I feel I am supposed to fill it. Why else are they knocking on the door?’

“You’re going to fill the void,” she said.

“Yeah. And it’s going to be horrible for me. More horrible than anyone could possibly imagine. It will be horrendous, I’m sure but to hell with it. I’m talking.”

When Pluto was last transiting in exact aspect to my Moon the AMF came over (a Scorpio) and gutted my kitchen (Moon). He stripped everything out down to the walls… floor too and the whole thing, yecch cabinets etc. was sitting at the curb for everyone to drive by and gawk at. That’s how it felt anyway.

And of course it was a necessary purge and this will be same but I sure feel sorry for myself. ::smirks::

“And I suppose what people are going to find out is I am real. Not just real but the real-est motherf’ker you have ever run across in your life and no telling what they’ll think of that. I don’t really want to find out. What I really want to do is screw, as you know. That is my big aspiration. I want to have sex, as much sex as possible but instead I am going on TV because I have something to say. I do have something to say and as far as I am concerned this acts as a curse. But I’ll do it and I’ll try to do a good job. I’m going to try to do my very best… try to be as conscious as possible what I am saying and how I am saying it because it will be an authentic opportunity to expose another angle and I don’t think I could live with myself if I didn’t show up.”