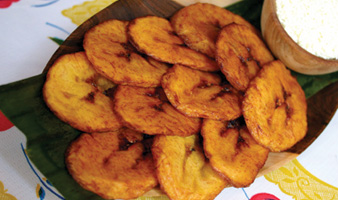 On the Pluto Moon front, today I fried plantains for the soldier.  The soldier has a soft spot for little girls… Girl Scout age. He was already like this when I met him when he was 19. In fact it was because of a little girl he decided to be a soldier and eventually to join Special Forces.

The soldier always wanted a daughter but sees it was not meant to be as he has essentially lost not one but two of them and then there was the girl with the plantains. I guess it’s different for a soldier who can speak the native language. Much easier to get attached and this is what happened to the soldier with this girl.

The country was war-torn and the fighting savage. There were people being nailed to telephone poles for starters… dead people everywhere. He said people were getting shot eating their breakfast; you could not leave the house without seeing someone dead and in the middle of all this was this little girl.

Both her parents had been killed, she was 9 or 10.  A lot of the young girls got into prostitution but this little girl sold plantains. Every morning she showed up on the street with a basket of them that she had fried and put into packets and every day the soldier bought everything she had. He just cleaned out her basket. Whatever she had he bought it, he said he ate plantains morning, noon and night, and he tried to take her home.

I mean, he really, really tried to take her home with him. He pulled every string he could but he could just could not get her out of there and now she haunts him.

He wonders what became of her and he knows he will never find out. But I fried him some plantains tonight so he could remember. We are going to eat fried plantains for the rest of our lives in her honor because I know more about this girl then you could possibly imagine.