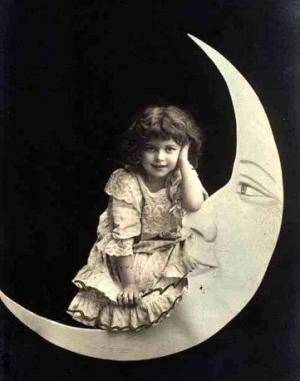 My husband was raised in a conservative family, steeped in tradition, where as I was raised by progressive, eccentric and ultra-detached, Aquarians. And with the Pluto transit (uncover what is hidden) to my Moon (roots) these things have become center stage.

Now when we were kids, this was one jacked up relationship! Because coming here from South America, a quarter Italian himself, he took one look at me… we were the same color, and he assumed that I was just like him. You know. He assumed I was Catholic, for starters! And I never did disabuse him of this notion.

For one thing, he was very forceful. He was a know-it-all to the extreme and in fact could recite reams of history, facts and figures, quotes and trivia like you wouldn’t believe. In contrast I was from the desert, and this stuff was just plain beyond me. If you want to stand on your head, well fine. Or if you want to commit a crime, I knew a hell of a lot about that as well, but Catholicism? Forget about it.

So if you can imagine a mad man ranting and preaching and lecturing about who we are and what we represent, that was him. And I would be sitting cross-legged yoga style, staring at him bemused and somewhat enthralled, listening to him tell me who I was on the chance he was right, unbeknownst to me! And the Pluto transit is bringing these things to light.

And I haven’t broken it to him yet, but not only was I not raised Catholic, I was distinctly taught there was only one sin you could commit… and that was to be boring!

“It is a sin to bore people.” This was my parent’s mantra.

So what did you internalize? What did your parents tell you?